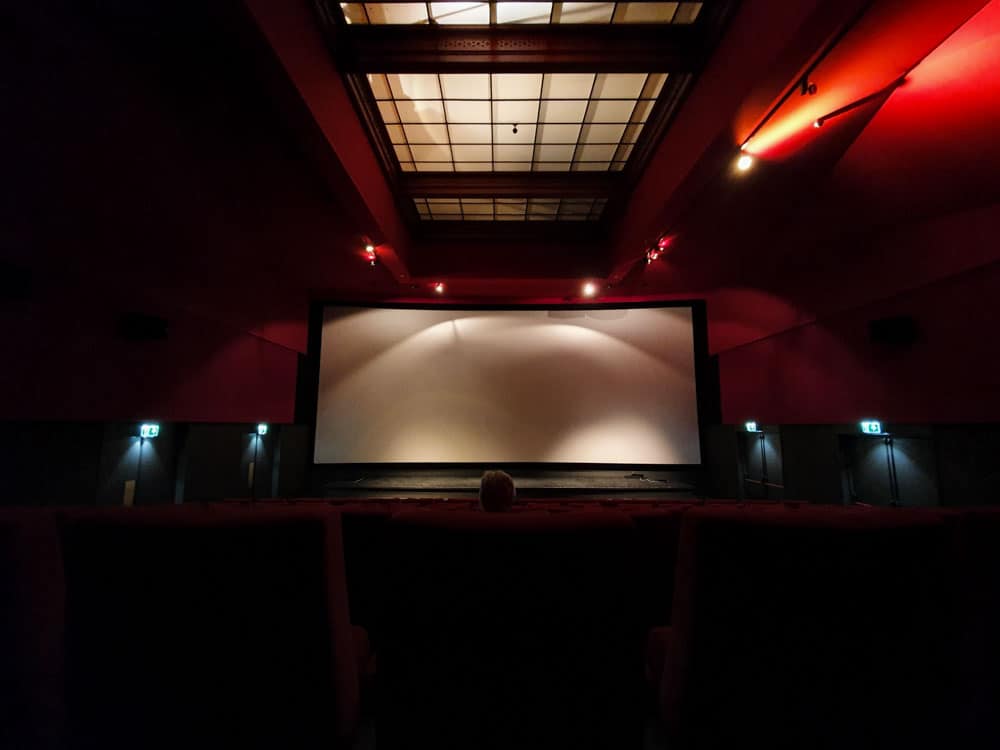 KINO Rotterdam (wide angle shot)KINO is one of the main cinemas in the centre of Rotterdam. With its fully stocked bar and restaurant as well as a wide range of films, from blockbusters to art house, KINO is a great place for working, learning, relaxing or simply hanging out.

The film multiplex has four screens and a total capacity of 457 seats. There's also a bar and a restaurant. At KINO, you can work, drink, eat, drink and watch films from the early afternoon until the late evening. The theatre is open seven days a week. KINO focuses on a varying range of films, from art house and documentaries to blockbusters, from shorts to classics. If you're an expat living in Rotterdam, KINO is one of the few cinemas where you're likely to find 'foreign' films (from back home) with English subtitles.

KINO is much more than a multiplex, it also aims to be a meeting place for creatives, independent thinkers and film-makers. KINO has a multifunctional layout so that lectures, exhibitions, music performances and festivals can take place. Moreover, the facilities in the building (rooms, presentation hall and the foyer) can all be rented for special events.  Upstairs, there's also a creative workplace (office space) for the audiovisual industry (BURO).

The vibe at KINO Rotterdam

The interior decorating is also quite nice. Its architecture, complimented by retro shades of yellow and green really take you back in time.

There's a spacious waiting area, which doubles as a restaurant. 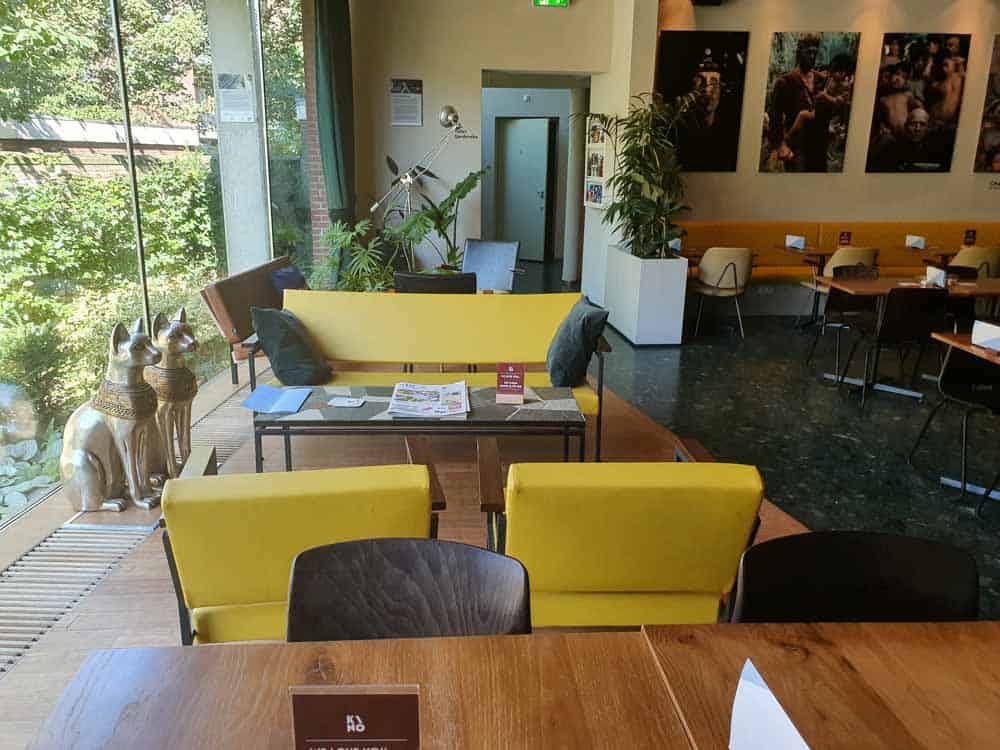 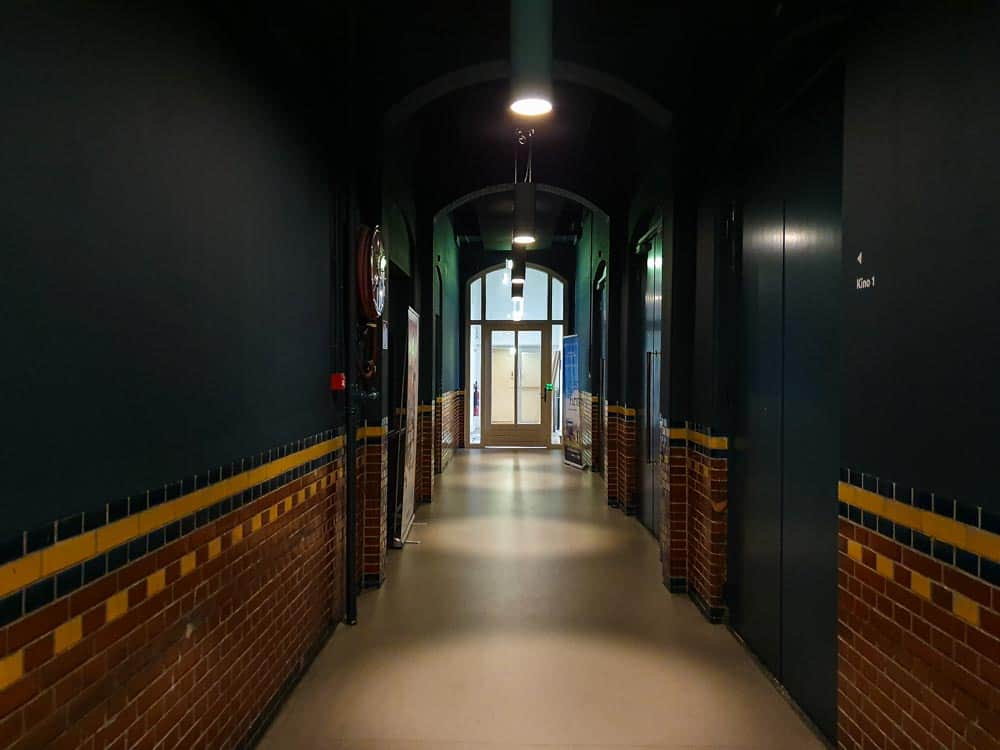 KINO Rotterdam hallway to rooms 1 & 2
In the main film room, the seats are high quality and have tall backs. You don't get the feeling that people are looking over your shoulder nor ever feel like sardines in a can. 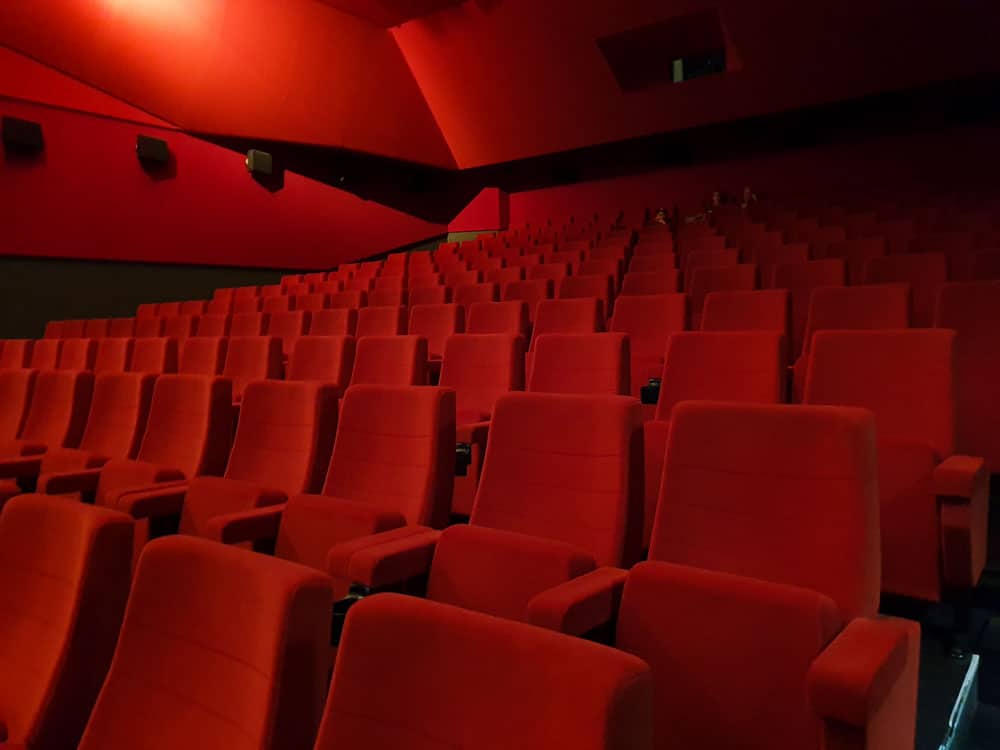 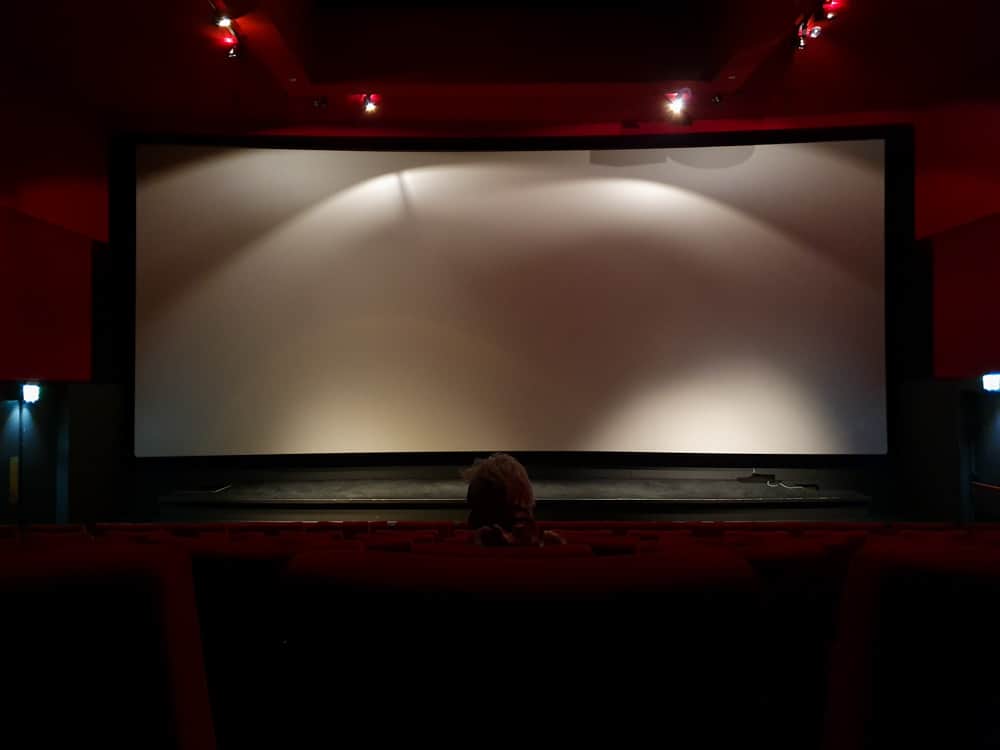 The bar is fully stocked with different beers, whiskeys, rums, wines, gins, brandies etc. If you're environmentally conscious, you'll be pleased to know they hand out bamboo straws instead of plastic.
I loved the place but honesty is the best policy, right? The major downside at KINO is that they do not serve popcorn. I had a hard time believing it. If there are two things that should always go together in this world, those are film and popcorn. So there I was, watching Ad Astra, with a bottle of water. Oh well, they do sell some snacks, but the "film experience" just isn't the same IMHO. 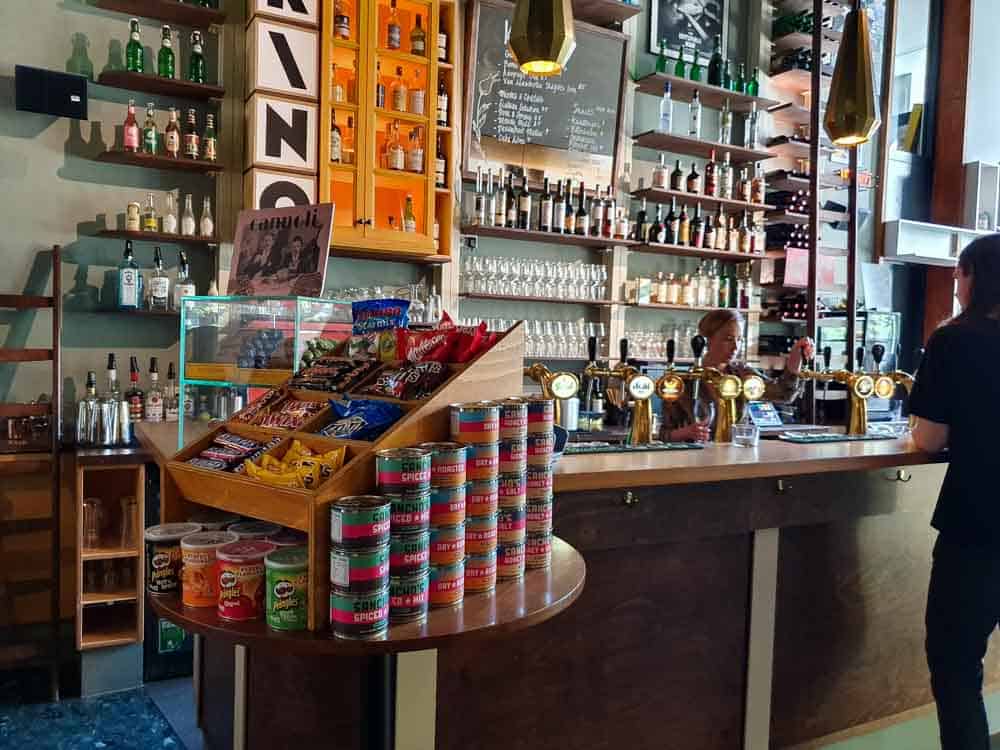 KINO Rotterdam concession stand
I'm not sure, but I think it might have to do with maintenance. Popcorn makes a mess and KINO doesn't have that much personnel on hand. I guess, if you're gonna do it, do it right or not at all? So, if that is the reasoning, KINO, I forgive you!

KINO is located on the sacred ground of the Gouvernestraat, a place that has been a meeting place for music, theatre and film for more than a hundred years. The building was originally opened in 1909 as a community centre. In 1949, after the Nazi occupation, a section of the building was converted into a film theatre. In the years to come, the building would go on to be known as LantarenVenster, one of Rotterdam's top art, music and film theatres up until 2010. LantarenVenster eventually moved to a larger, grander location in Kop van Zuid. However, plans were soon made to restore the location to its former glory. With the arrival of KINO, the historic building on the Gouvernestraat once again became part of Rotterdam's rich film history. 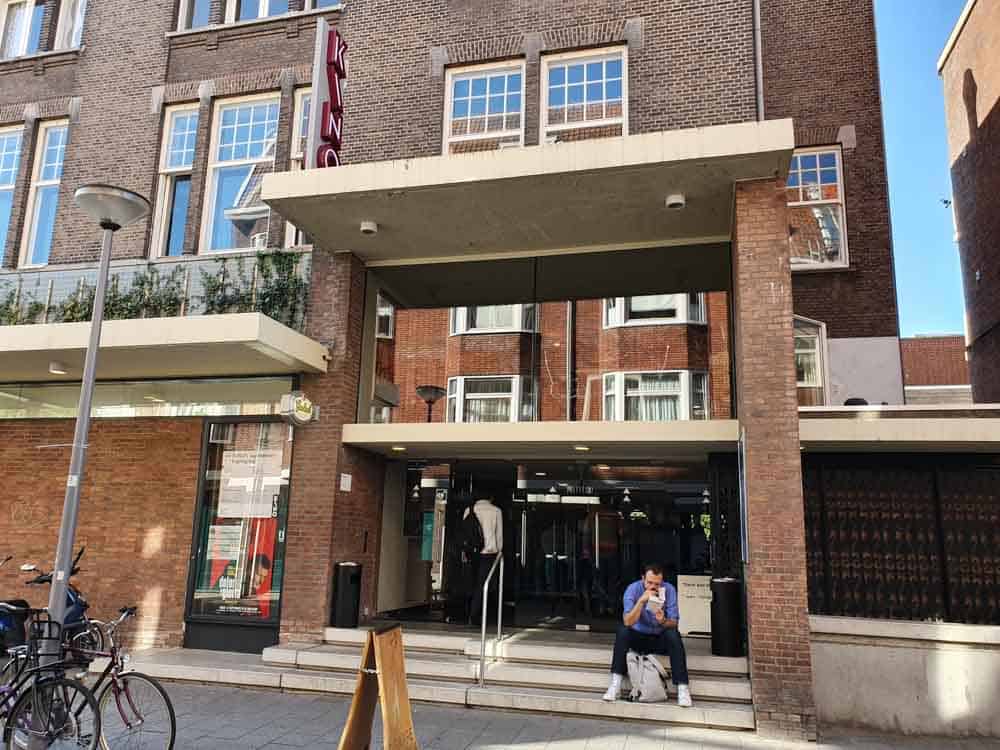