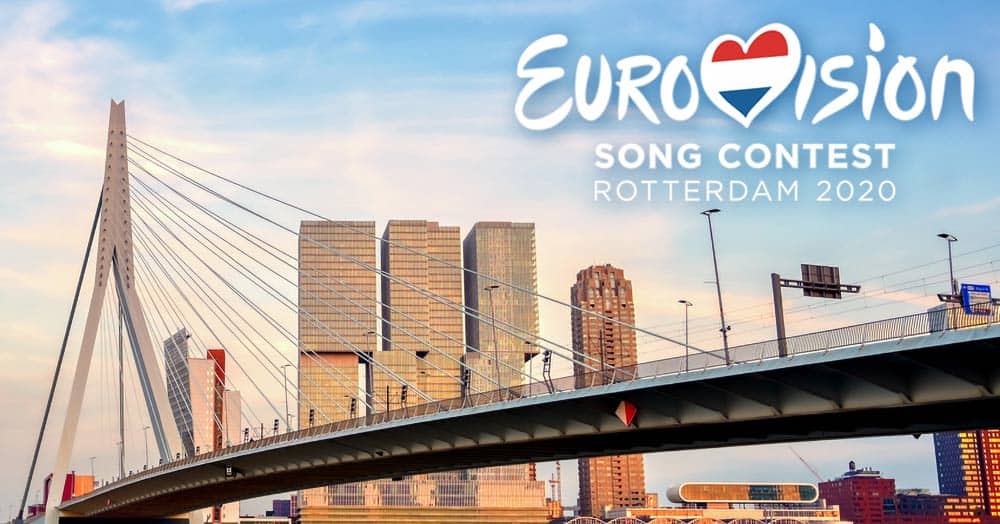 Eurovision Song Contest 2020 RotterdamRotterdam will host the 65th Eurovision Song Contest. The European music spectacle will take place in May of 2020. It is the fifth time that the event will be held in the Netherlands.
POSTPONED DUE TO CORONAVIRUS: THIS EVENT HAS BEEN POSTPONED AS THE RESULT OF THE CORONAVIRUS OUTBREAK. MORE INFO TO FOLLOW WHEN IT BECOMES AVAILABLE.
Securing the Eurovision 2020 Song Contest is great for Rotterdam. In May 2020, thousands of international fans will descend on the city, visit its bars, eat at its restaurants, sleep in its hotels and interact with its great, fun-loving residents. It's also a homecoming of sorts, as 2019 winner Duncan Laurence is also from Rotterdam.

The 2020 Eurovision will be held exactly 40 years since the Netherlands last hosted the contest in 1980, without winning. The reason why the Netherlands hosted in 1980 is that 1979-winners Israel decided not to participate in 1980, while runner-up Spain turned down the responsibility to host the contest.

What's a large international event without a fan zone? At Eurovision 2020, the fan zone, Eurovision Village, will be set up on the Binnenrotte. That's the area in front of the iconic Markthal. What to expect at the Eurovision Village? Big screens, broadcasting the three live shows. There are also going to be live performances by various (past and present) Eurovision artists.
In Rotterdam, the Binnenrotte is the home of the twice weekly open air fresh market. During the festival, some sections of the market will move to another area (Meent). 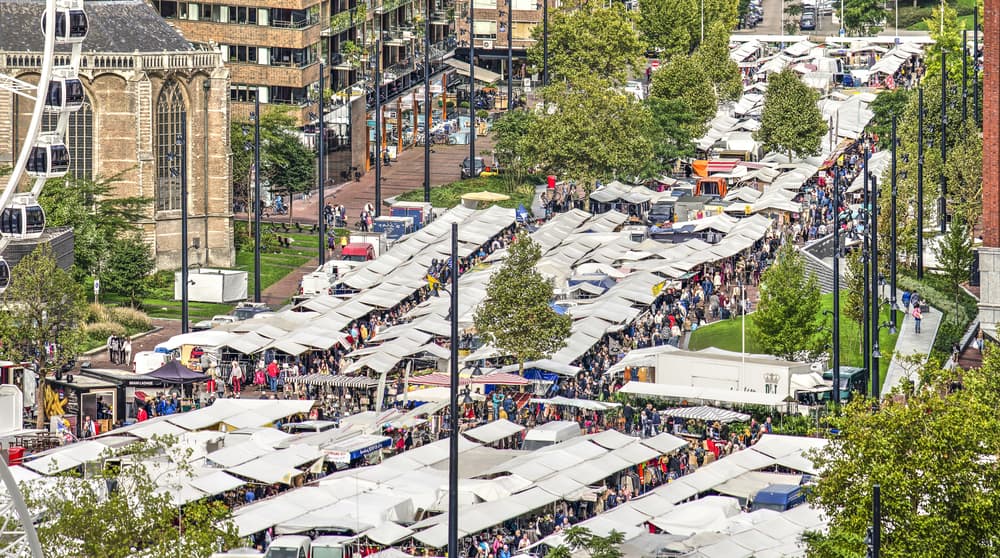 "Open Up," that's the official slogan for the 2020 Eurovision Song Contest in Rotterdam. Open up what? Music? Rotterdam? That's actually up to you. Organisers have left the slogan incomplete. 'Open Up' reflects the fact that the Netherlands is a very open society in which people speak their minds with respect for one another.

The design of the stage for Eurovision 2020 has been revealed. The stage, designed by Florian Wieder, is said to be inspired by the flat Dutch landscape as well as the event's theme "Open Up."

Eurovision 2020 Rotterdam stage inspired by Dutch landscape
“The design is innovative, modest and functionally smart. This way we can create a completely different look for each of the 41 participating acts, opening and interval acts, and during the voting results. We’ll present an innovative stage design, grand in its simplicity and yet full of surprises." - Sietse Bakker, Executive Eurovision Song Contest 2020

A total of 41 countries will be participating in Eurovision 2020. Public broadcasters from these 41 countries will also take part in transmitting the musical spectacle to screens all across the world.
Of these 41 countries, 35 will participate in the semi-finals. So what about the other six? Well, five countries, France, Germany, Italy, Spain and the UK, also known as the Big Five, always qualify automatically. This is because they are the five biggest financial sponsors of the European Broadcasting Union (EBU). The Netherlands, as host and winner of the previous edition, also gets a free pass to the grand final.

The artists that have been announced so far are: 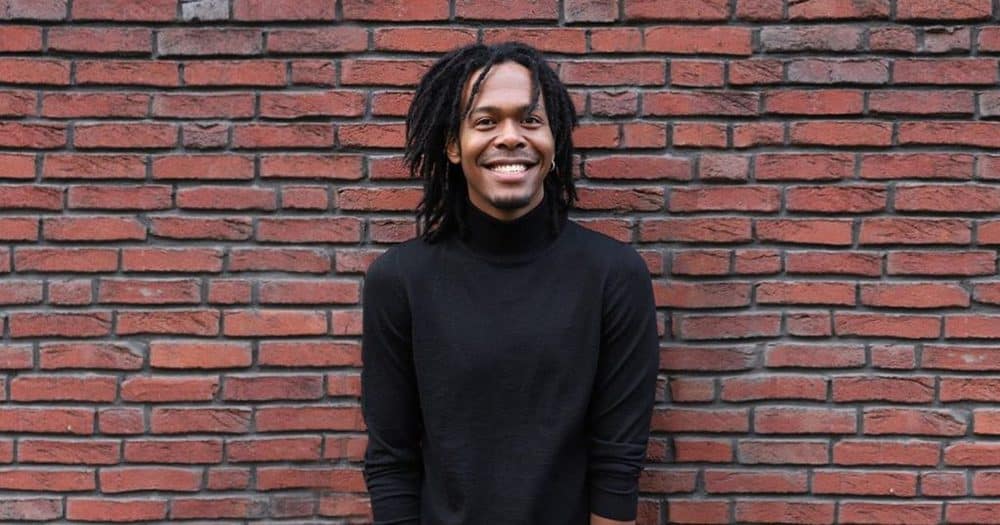 Jeangu Macrooy to represent The Netherlands at Eurovision 2020 in Rotterdam

Jeangu Macrooy (Suriname, 1993) started playing guitar at age 13 in his native country of Suriname. After moving to The Netherlands in 2014 he started performing professionally as part of Unexpected Records. To date, Jeangu has released two albums and sold out shows in clubs all over The Netherlands. Jeangu hopes Eurovision 2020 will propel him into a successful international music career.

Four presenters for Eurovision 2020 Song Contest have been announced. Edsilia Rombley is a singer who has represented the Netherlands at Eurovision twice before. Chantal Janzen is a well known actress and Jan Smit is one of the Netherlands' most popular singers. The most recent addition to the team is Nikkie de Jager, known worldwide as NikkieTutorials. The 25-year-old YouTube star, recently in the international news because of her revelation that she is transgender, will primarily be the 'online host' of the Song Contest. She's mainly going to host a YouTube series featuring the Eurovision artists, but will make television appearances as well.
In the photo below: from left to right, Edsilia Rombley, Chantal Janzen and Jan Smit. 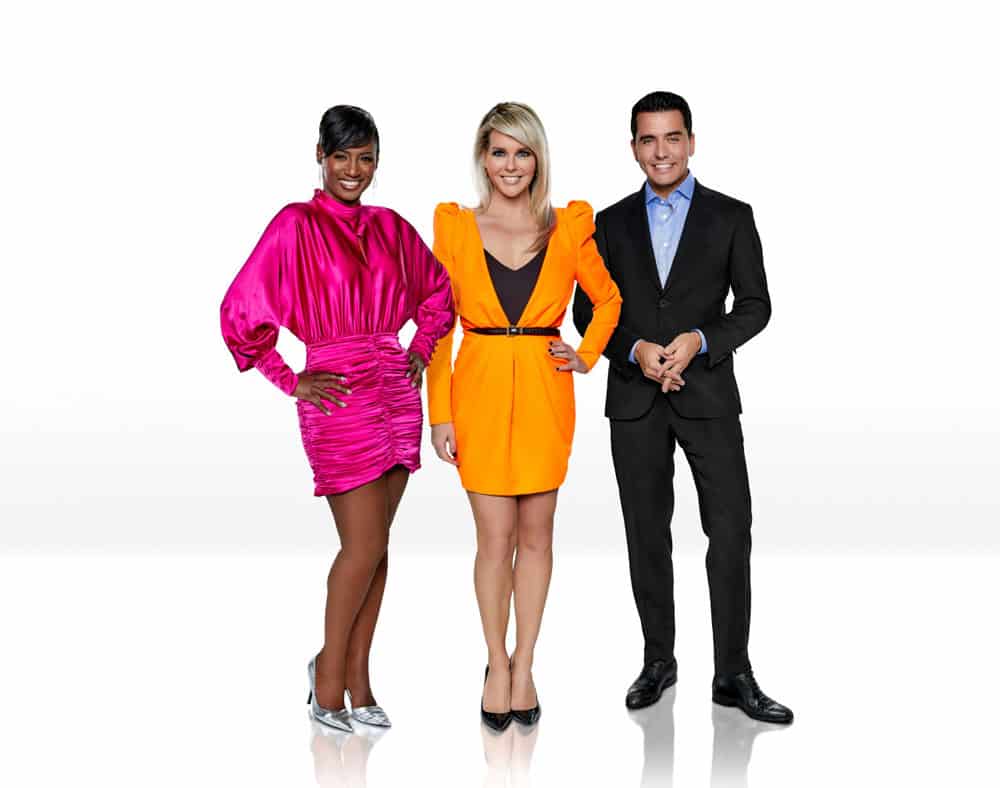 Why Rotterdam is hosting the Eurovision Song Contest

Rotterdam faced fierce competition from Maastricht. The southern city put its best foot forward and tried to claim the song contest. However, as we all know, Rotterdam is the place to be!

According to the Eurovision organizers, the quality of the venue for the event was the biggest criteria in choosing a host city. Rotterdam Ahoy, with its extensive track record, decades of experience and amazing facilities was simply the best option. To quote one journalist, Rotterdam's venue is basically 'plug & play,' whereas the relatively inexperienced MECC Maastricht venue would have had to install everything from scratch. Organizers weren't willing to take that risk.

Insiders had previously indicated that the European Broadcasting Union (which traditionally makes the final decision) had a strong preference for Maastricht. Especially because the city is a symbol for Europe (with the Maastricht Treaty). There were also doubts about whether Rotterdam with its larger distances could radiate sufficient unity. Nonsense if you ask us. In Rotterdam, public transportation is on fleek and Rotterdam Ahoy is only 15 minutes from central station.

In recent years, Rotterdam Ahoy has hosted events such as the Junior Eurovision Song Contest 2007 and the European MTV Awards 2016. Rotterdam, being the bigger city, also offers a wide range of accommodation. Moreover, Rotterdam has two international airports nearby: Rotterdam The Hague Airport (10mins) and Schiphol (30mins).

The host city was announced on August 30th, 2019 with this video featuring Duncan Laurence, the winner of the 2019 Eurovision Song Contest.

The winning performance by Duncan (2019) (embed)

For more information, visit the official website of the Eurovision Song Contest.