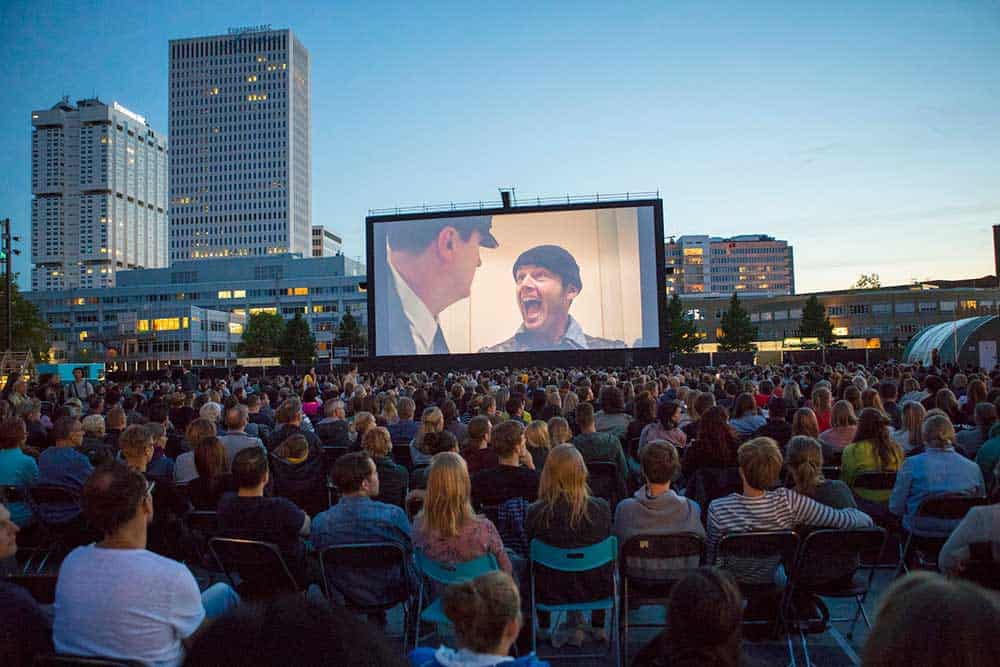 Pleinbioscoop 📷 Fleur Beerthuis
If you love going to the movies, you're definitely going to want to visit Pleinbioscoop. Pleinbioscoop in Rotterdam was first organised in 1987. Nowadays, it's the largest open-air cinema in Europe and screens both Hollywood blockbusters and arthouse films.

The Pleinbioscoop in August has been a regular feature for 32 years. Rent a chair for €1 or bring your own and cosy up in front of the huge 15x25-meter screen. On the programme are the best films of the past year; a mix of arthouse and the better Hollywood blockbusters.

The programme for the Pleinbioscoop Rotterdam 2019 has been announced. From 7 to 25 August, 19 titles will be screened in the Museumpark. This year, Europe's largest open-air cinema pays tribute to the 1990s, among other things. The opening film on Wednesday 7 August is The Favourite by Greek director Yorgos Lanthimos.
This year's highlights include the classic Terminator 2 (August 23), and of course the opening film The Favourite (August 7); a slightly absurd and hilariously funny costume drama by Greek director Yorgos Lanthimos.

Another film screened at Pleinbioscoop this year is Mid90s, the directorial debut of actor Jonah Hill, in which a teenage boy immerses himself in the skate culture of Los Angeles in 1996. Especially for the occasion, skating is the focus of this Pleinbioscoop Night (Wednesday 14 August). There will be a tribute to a legendary Rotterdam skate event: the Wednesday Night Skate. This year it is 20 years ago (1999) that the first parade of skaters rode through the streets of Rotterdam. Bring your skates with you!

The Rotterdam documentary Goede Buren (Monday 19 August) investigates the fight against loneliness in our city. Volunteers Wilma and Ada roll up their sleeves in their district Charlois. With the project Bubble Breakers, the Pleinbioscoop hopes to bring its audience closer together. Anyone who takes a neighbour to the film on Monday 19 August (proof of this by both bringing a letter addressed to you) will receive the second ticket for free from the Pleinbioscoop. 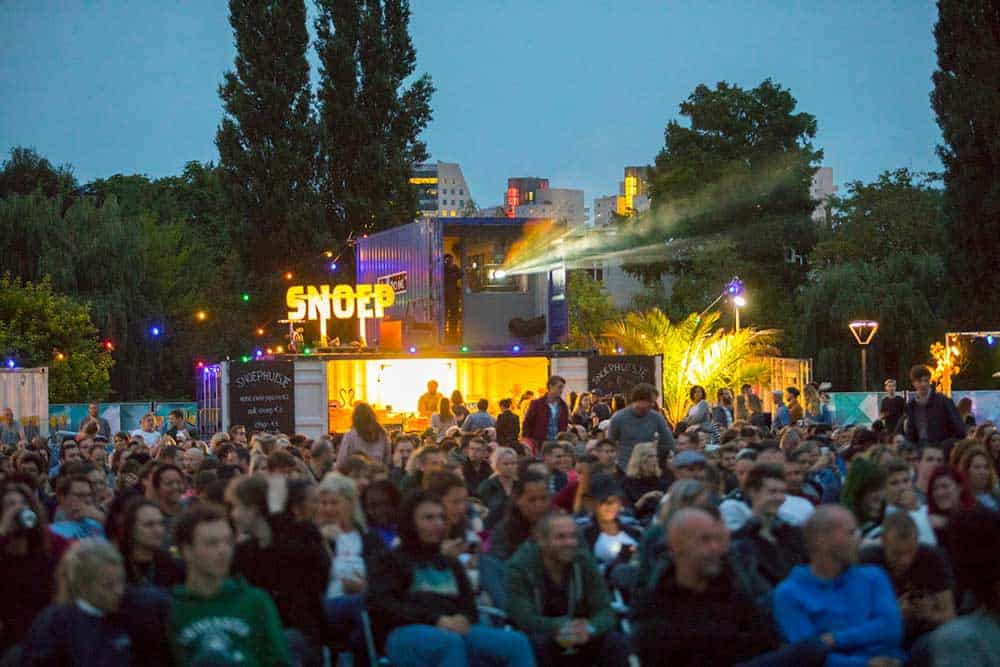 You can find all the details, the official film line-up and tickets on the Pleinbioscoop website.

Not sure how to get there? Check out our directions to Museumpark or make use of the Google Map below.