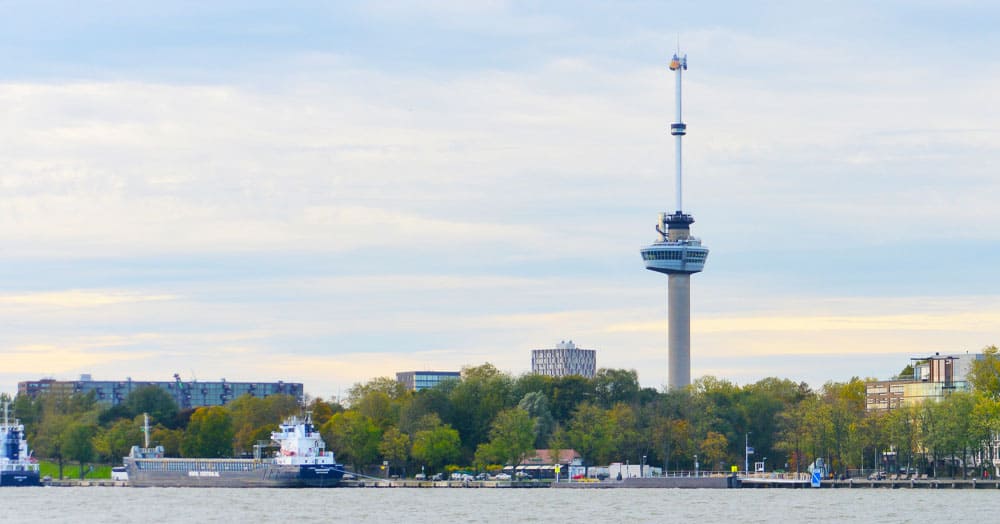 Rotterdam's Euromast tower sold to French investor M56 Group
ROTTERDAM, 25 March 2020 - Rotterdam's iconic Euromast tower has been sold to a French family business called the M56 Group; an international organization specializing in high-altitude tourist attractions.
Almost 20 years ago, Willem Tieleman started operating the Euromast, an iconic silhouette in the skyline of Rotterdam. In 2016, it was time for a new step; becoming the owner of the imposing structure. Investments that were not made before that time could now take place in full; a renovation and a thorough revamping of its interior. The renewed Euromast welcomed many new visitors; in 2019 there were approximately 560,000 visitors, a record number.
Rotterdam has now become an international city, partly due to investments in such architectural highlights as the Markthal and De Rotterdam by Rem Koolhaas. The more interesting the surroundings become, the more interesting it becomes to view them from above. The Euromast is the right place for this, now even more than before.
The new owner of the Euromast, the French family business called "M56", is specialized in high altitude tourist attractions. This organization includes the Montparnasse Tower in Paris, the TV Tower in Berlin and 2 observation towers in the United States. A major international player, who like no other is able to give the Euromast the prestige it deserves.
After almost 20 years it is time for Willem Tieleman to pass on the baton. "M56 is the perfect successor for our Euromast, because they are able not only to think big, but also to invest big. The developments they have in mind will raise the international prestige of Rotterdam in general and the Euromast in particular as an attraction to unprecedented heights" Willem Tieleman said.
Alexia Vettier, CEO of the M56 Group is extremely happy and proud that the Euromast is now part of the organization. "Since the creation of the Group in 1974, Mr Jean Bernard and Mr JP Ferroud, the founders of the Company have always looked for iconic and atypical sites in cities full of energy and that have things to tell. Euromast is the perfect candidate to join the 4 observatories of the M56 Group and to accompany its international development. Together with Euromast, we will be keen to magnify this vibrant city of Rotterdam and to provide both residents and tourists with a unique experience of the city as seen from the top."