ROTT.raket - The most delicious beer of South Holland 2019 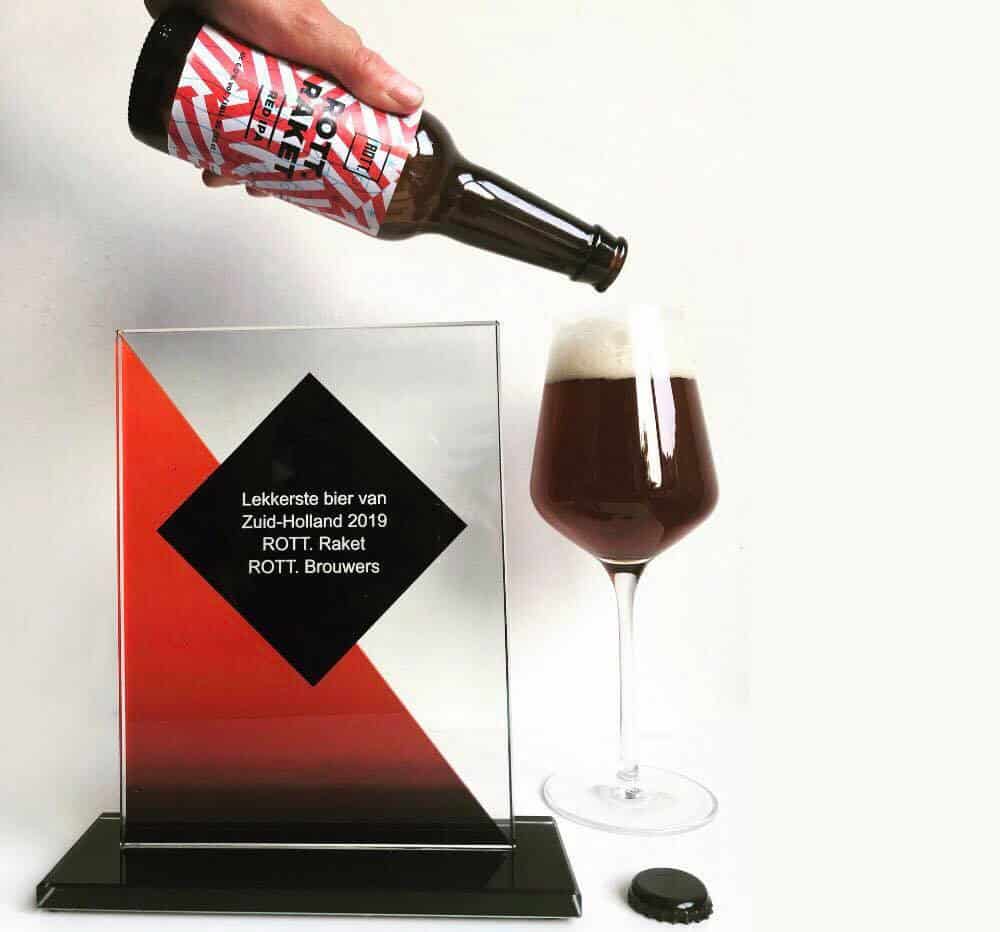 ROTT.raket was announced as the winner of the annual election of the tastiest beer of Zuid-Holland. The election took place on Sunday 25 August 2019 at the Delft Beer Festival. An expert jury under the direction of recognized beer connoisseur Eugene Straver tasted all the beers before coming to their conclusion. According to the jury, ROTT.raket is characterized by the perfect balance between malts and hops.

ROTT.raket is a Red Indian Pale Ale with a nice red-amber colour. It is said to have a soft and fruity taste, with pleasant bitterness at the end. ROTT.raket stats: RED IPA | 6,0% | IBU 55 | EBC 30. For more information on ROTT.Brouwers and ROTT.raket, visit the official website.

An IPA (India Pale Ale) is originally an English beer style. According to the old stories, a lot of hops were added to the beer, so that it could be kept for a long time during the long boat trip to the then English colony of India. Like alcohol, hops are a natural preservative. The addition of the volume of hops gives the beer a pronounced and somewhat bitter taste.

Previous winners of the prize were Brouwerij De Blauwe IJsbeer (2017) from Nieuwpoort and Ebontree (2018) from Dordrecht.