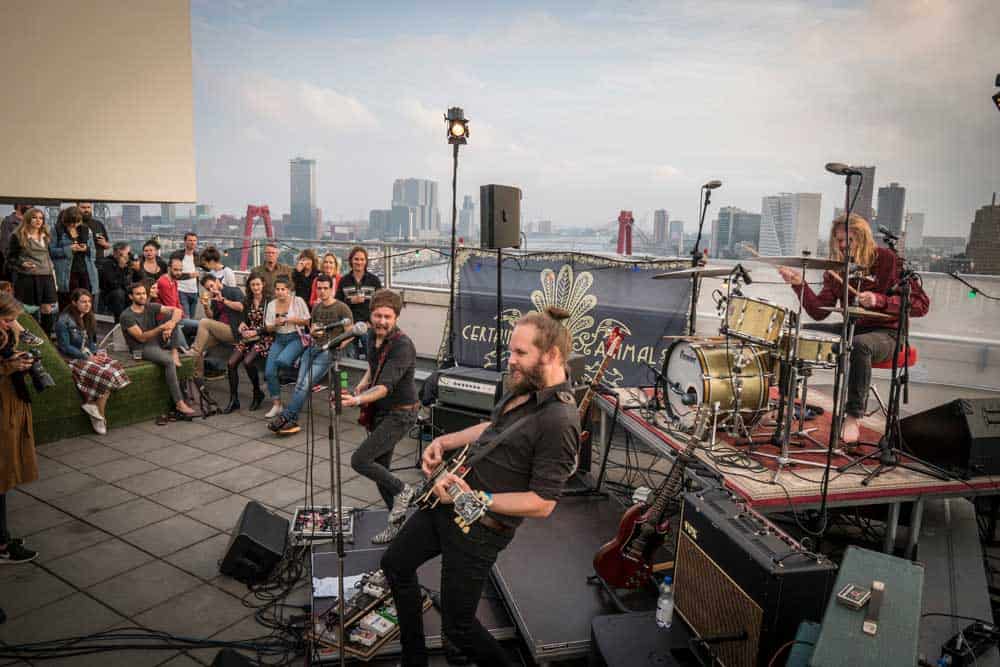 Visitors enjoy the view as well as live music by Certain Animals on top of studentflat 'de Hoge Wiek' (Saturday, 2 June 2018) 📷 Frank Hanswijk
Another successful edition of the Rotterdam Rooftop Days concluded last weekend. Twenty thousand people attended the annual event. This year, fifty-six roofs were made available to the public.
The weather certainly played a role this edition, as visitors were treated to one extreme at the beginning and another towards the end of the three-day event. From the pouring rain on Friday to a cloudy Saturday and finally a summery Sunday. As far as visitors are concerned, it was also a diverse edition. Many of those in attendance were either tourists or visitors from outside the city. At the information desk, many languages could be heard; from German to Chinese and from Arabic to Polish.

Roof use, even after the Rooftop Days

The goal of the Rotterdam Rooftop Days is to stimulate roof use, even after the festival. That's why the opening of Luchtpark Hofbogen

was one of the highlights. The former Hofplein Station was permanently opened during the Rotterdam Rooftop Days. This is where Rotterdammers and tourists alike can go from now to enjoy a rooftop view, as it is open daily. 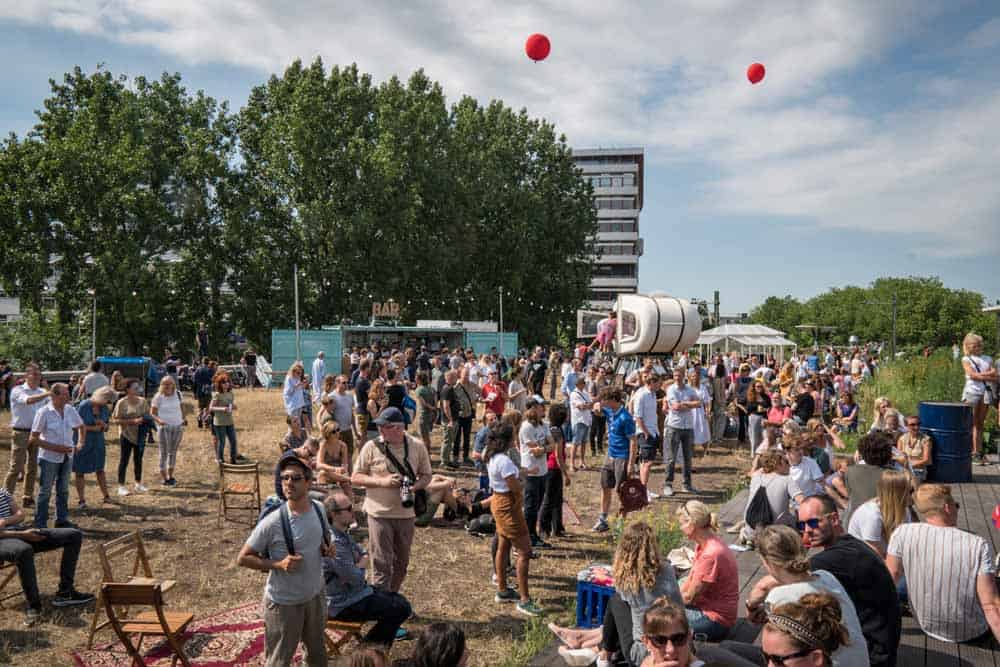 On the festival's Knowledge Day, a meeting of professionals who value roof innovation, the folks at Green Deal Groene Daken were awarded the Dakheld 2018. They were praised by the jury for their hard work behind the scenes: they bring government, trade associations and knowledge organizations together to make roof innovation possible. 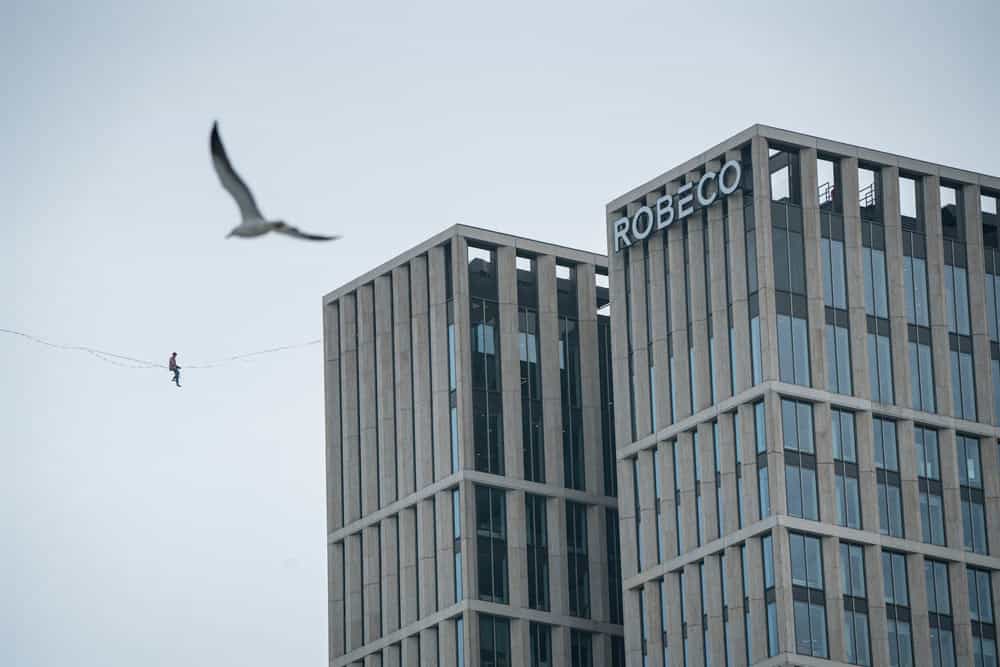 Dreamwalker Yuri Rhodenborgh (23) sits on the highline, 130 meters up in the air, during his stunt (Saturday 2 June) 📷 Frank Hanswijk 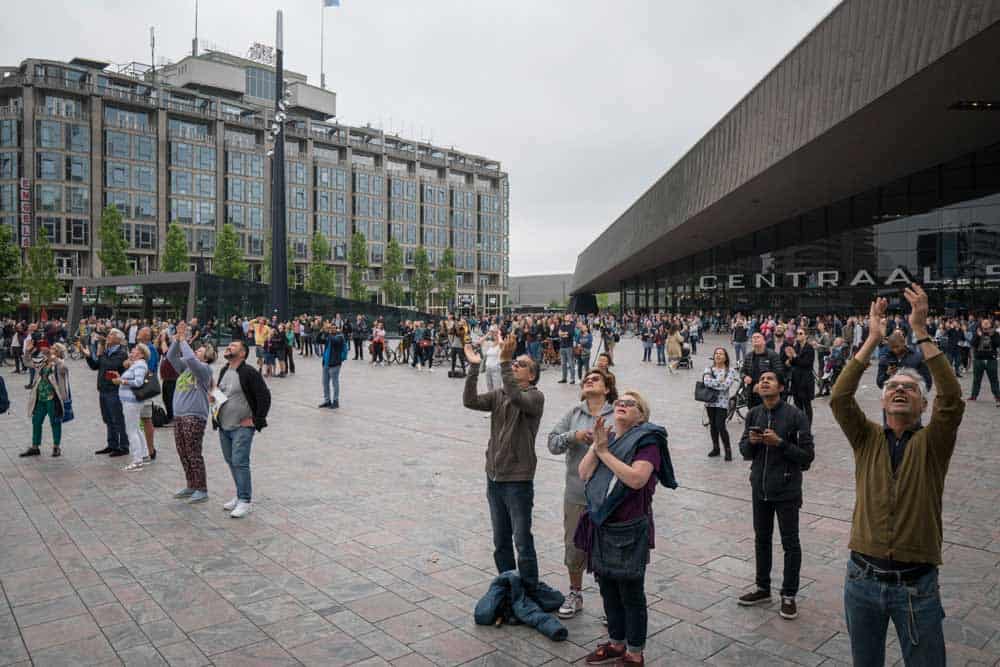 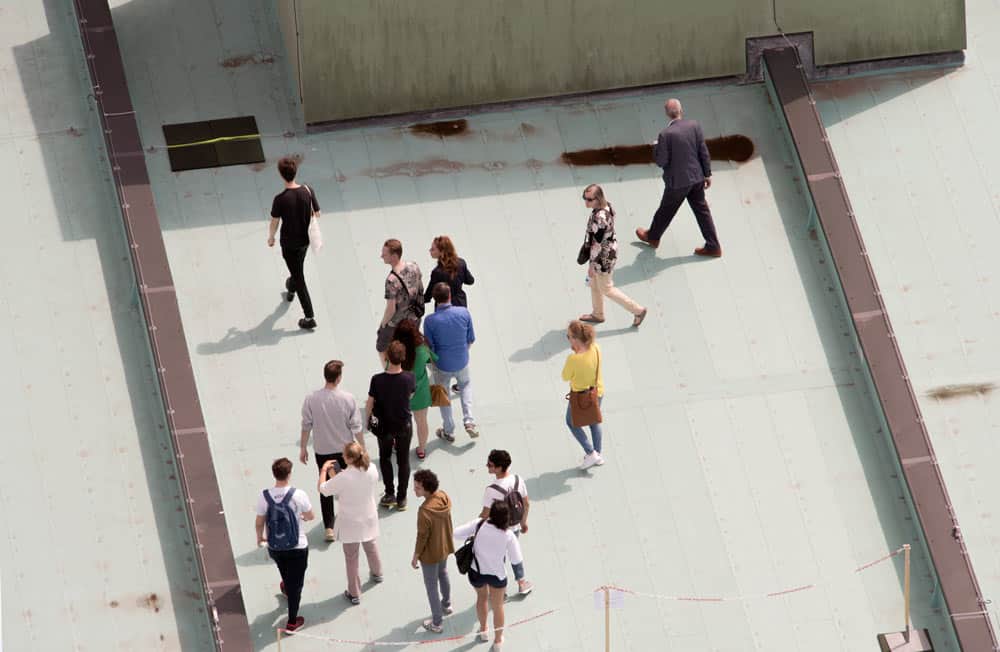 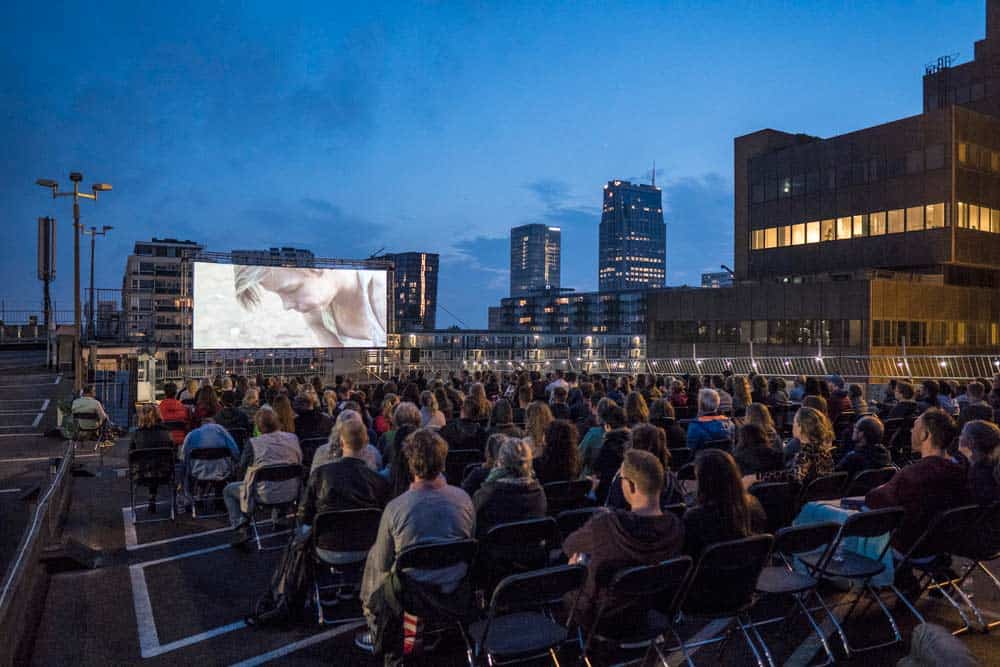