Fietsenbank aims to normalise cycling for the less affluent 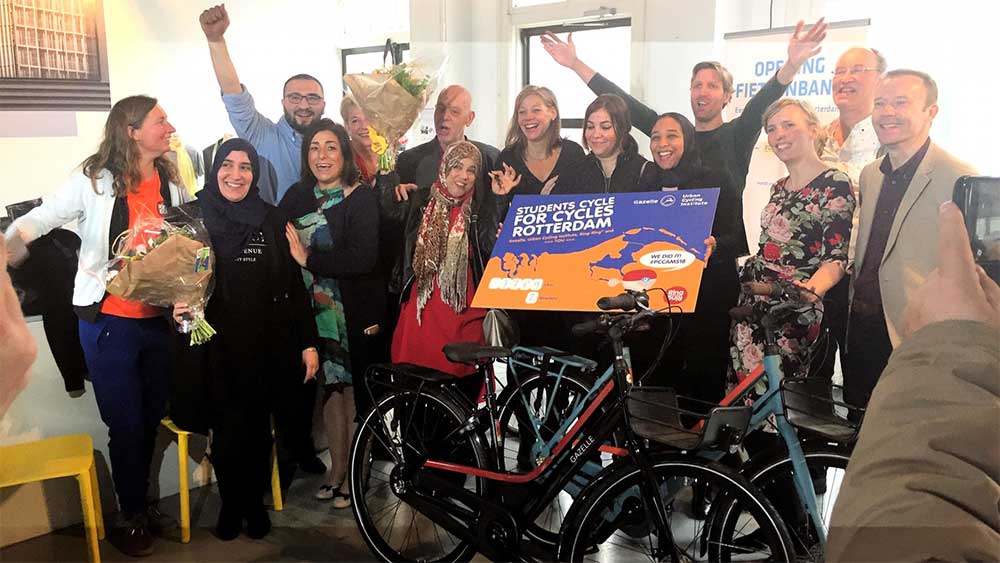 Gazelle joins forces with Fietsenbank in Rotterdam
In Rotterdam, people with a minimum wage can now turn to the Fietsenbank for a free bicycle. The Fietsenbank is somewhat like a 'food bank' for bicycles. Having access to a bicycle increases makes people more mobile, improves their health and also increases civic participation.

Since the end of March, people with a minimum wage can turn to the Fietsenbank for a free bicycle and thus more easily participate in society. They also receive cycling lessons, because most have never cycled before. It does not cost them money, but there is a consideration in return: people must commit themselves to the neighbourhood and society, for example by donating tea and coffee in the community centre.

In some Dutch cities and towns, bicycle ownership and use are far below the national average, with all its consequences: people move less and are less mobile. The Fietsenbank in Rotterdam's Feijenoord district is going to do something about it: it helps people who are not comfortable with a free two-wheeler. This initiative is supported by bicycle maker Gazelle.

“The Netherlands is praised for having much more bicycles than people, but in the Feijenoord district, a little less than two-thirds of the residents have a bicycle. There is also no car at the door. The lack of mobility has a negative effect: it is more difficult for people to meet up with friends, apply for a job or go to the gym,” says Adem Cankaya, project manager at Fietsenbank on behalf of regional public-private partnership De Verkeersonderneming.

The more than 100 bicycles on offer are second-hand, donated by the municipality of Rotterdam and the ANWB Children's Bicycle Plan (Kinderfietsenplan). People with a distance to the labour market (Stichting Pluspunt) refurbish the bikes. They are trained by bicycle technicians from Gazelle in how to set up the workplace and handle the bicycles.

The commitment is also to work together at new Fietsenbanks in Rotterdam. The ambition is to open three in total. The organizers are currently looking at starting a bank in Rotterdam West.

Folks cannot simply walk into the Fietsenbank office and request a bicycle. This is done by a social worker. However, residents can take the first step themselves by contacting a counsellor.

To read more about the eligibility criteria, check out the official Fietsenbank webpage.