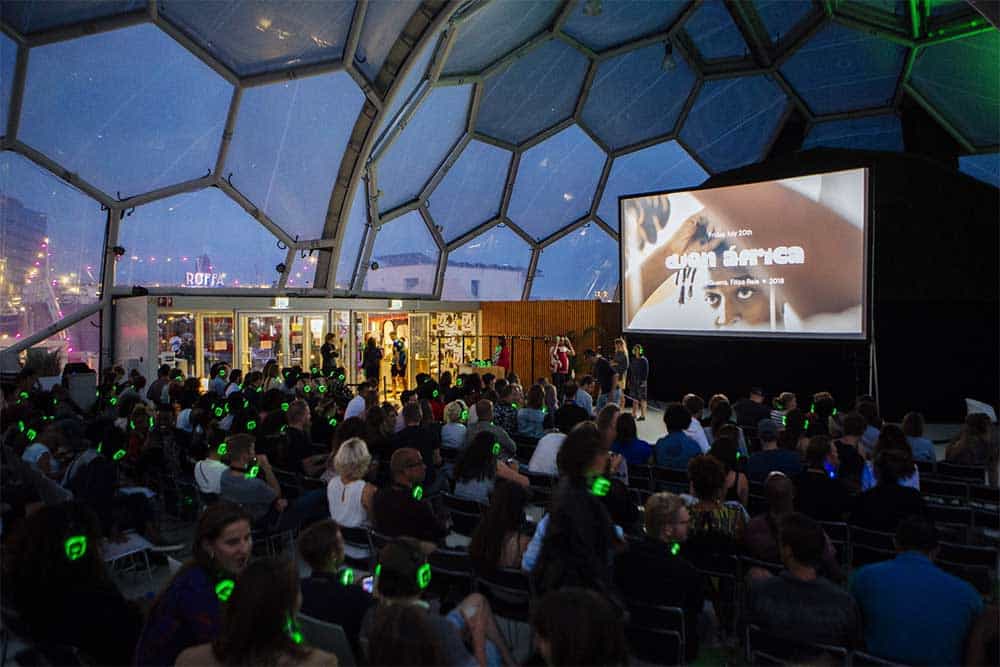 Roffa Mon Amour is an annual open-air film festival that showcases films by up and coming filmmakers. The festival goes on for two weeks and screens eccentric films with important contemporary themes from all over the world.

Roffa Mon Amour first started in 2013. The event is the brainchild of Charlotte van Zanten and Lisa Smith whose love for arthouse films led them to create the festival as means of diversifying cinema Rotterdam.

The next edition of the Roffa Mon Amour festival takes in two different locations: Drijvend Paviljoen and LantarenVenster. The festival features films organised into various programmes. This year, at Roffa Mon Amour, expect to see various films categorised within the following programmes:

• Roffa Mon Amour New Makers
Films by distinctive and emerging new filmmakers from around the world with one or two feature films under their belt.

• Summer Film School: Italian Maestros
The history of Italian filmmaking is highlighted in six lectures and film screenings. The screenings can also be seen separately from the summer school programme.

• Same Same but Different: Made in Vietnam & Giallo Psychos
In this programme, films of the New Makers programme are linked with the cinematic inspirations and influencers of their creators.

You can find the official festival film line-up, ticket information and location details on the Roffa Mon Amour website.