Harry Potter and the Order of the Phoenix live in Rotterdam 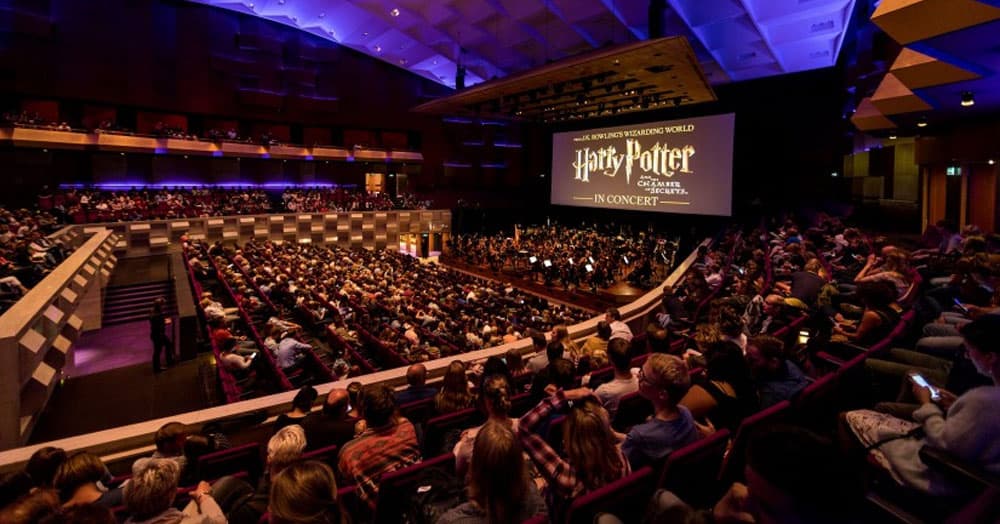 Order of the Phoenix in Concert

Order of the Phoenix is the fifth film in the classic saga by author J.K. Rowling. At the concert, the film will be projected as in a film theatre, while the musical score, originally composed and arranged by Nicholas Hooper will be performed live by the Rotterdam Philharmonic Orchestra.

Expect an evening in which enchanting and 100% live musical performances will take you on an epic journey through Harry Potters' adventures during his fifth year at school. A year in which the sorcerer's apprentice, ominously threatened by Voldemort, was attacked by dementors and plagued by ink-black dreams.

The film will be screened in its original English version, with Dutch subtitles.

The Rotterdam Philharmonic Orchestra distinguishes itself worldwide as a top orchestra known for cutting edge performances in which sparks (almost literally) fly. Every year, more than 100,000 concertgoers in the Netherlands and abroad experience how classical music, in capable hands, becomes an inspiring evening. The orchestra is known for not shying away from modern productions. An example of this is their participation in the live performance of the Lord of the Rings film trilogy.

The Rotterdam Philharmonic Orchestra was founded in 1918. Under the direction of Eduard Flipse in the 1930s, the orchestra developed into one of the most prominent Dutch orchestras. With Jean Fournet and Edo de Waart, the orchestra continued to build on its international reputation in the 1970s. Valery Gergiev's appointment heralded a new heyday, which was continued since 2008 with Yannick Nézet-Séguin. He has been an honorary conductor with the orchestra since 2018. Since the 2018-2019 season, Lahav Shani has been chief conductor of the Rotterdam Philharmonic Orchestra.

For tickets and more information on the event, visit the official Rotterdam Philharmonic Orchestra website.
Are you a frequent visitor of De Doelen? Do note that the seating plan for this concert has been adapted to allow you to view the film from all angles. You can see the new floor plan during the ordering process.