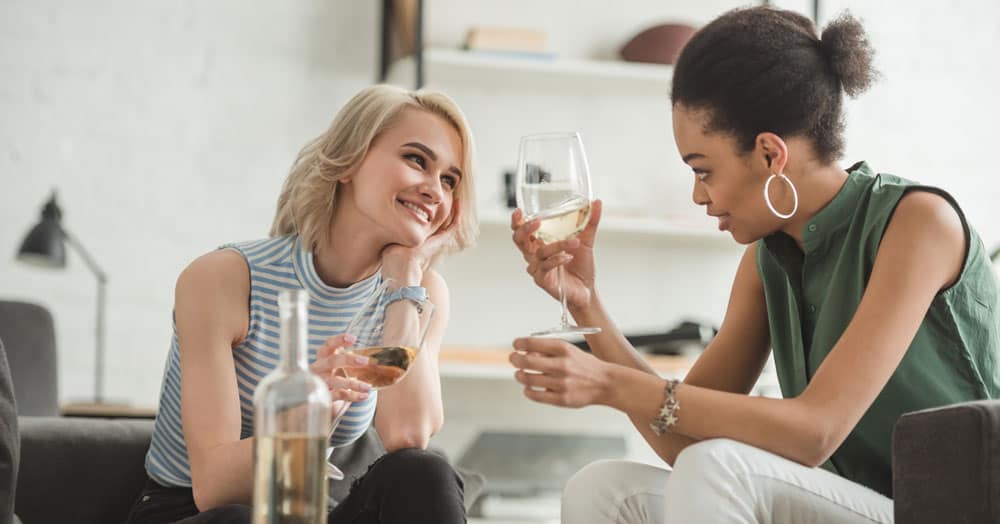 Wine consumption in the Netherlands

If you ask us, there's no such thing as the right time for wine. Around here it's always wine o'clock. Though the Netherlands might be the famous home of beer brands like Heineken, people here do love wine as well.

In the Netherlands, the cities that drink the most wine are Amsterdam (157,472 litres), The Hague (107,455 litres) and Rotterdam (86,758 litres), respectively. People in The Hague sure love their wine. The result is remarkable because Rotterdam has more around one hundred thousand more inhabitants than The Hague.

Den Bosch drinks the most wine

But the city that has the most fun with wine is actually Den Bosch. In the past year, inhabitants of Den Bosch ordered the most bottles of wine per thousand inhabitants. With a total of 41,280 bottles ordered compared to The Hague's 143,273, Den Bosch is well behind. But if the population were the same as in The Hague, the capital of Noord-Brabant would have stood head and shoulders above the rest with 201,079 bottles.

The statistics are the result of large-scale research conducted in the Netherlands by Wijnbeurs.nl and Wijnvoordeel.nl that focused on sales and consumption in the provincial capitals.

If you're a true wine lover, you should be making friends with folks down south. Residents of Maastricht (Limburg) and Middelburg (Zeeland) ordered  365 and 360 bottles of wine respectively per thousand inhabitants. That is well above the national average.

Another remarkable stat is the large gap with Leeuwarden. It seems that wine is less popular in the far north. In Leeuwarden, only 134 bottles per 1000 inhabitants were ordered in the past year.

Of the wine lovers who bought wine online at the Wijnbeurs in the Netherlands in the past twelve months, 74.75 per cent ordered red wine. Only 38.45 per cent opted for white and 31.04 per cent of the fans went for a mixed package with different wines. Rosé (7.26 per cent) and sparkling wines (2.20 per cent) were much less popular among wine lovers.

Wine from the classic countries, also known in the wine world as the old world, remains the most popular. Over the past twelve months, France has stood out from the crowd. Of online wine buyers, no less than 66.56 per cent went for French wines, followed by Italian wines (39.07 per cent) and wines from Spain (38.25 per cent). The United States is the most popular wine country outside of Europe. However, only 7.84 per cent were North American, followed by New Zealand (4.28 per cent) and Austria (3.68 per cent).