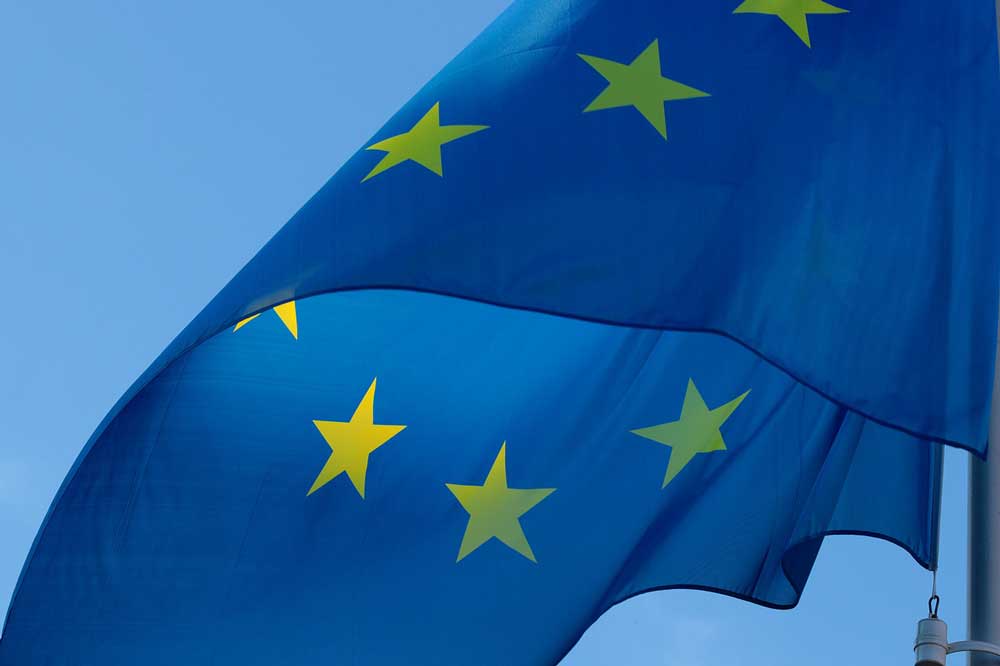 European Union flagCurious how Rotterdam voted in the 2019 European parliamentary elections? Of the 460,651 eligible citizens, only 155,506 exercised the privilege. Still, voter turnout in Rotterdam was 34 per cent, which is a lot higher than the 28.3 per cent in 2014.

So, how did Rotterdam vote? While the rightwing parties VVD and FvD were trying to make it a two-party race, leftwing  PvdA (Labour Party) became the biggest party with 16,2 per cent of the vote. PvdA's rise is contributed to the popularity of Frans Timmermans, a PvdA politician who is currently serving as First Vice-President of the European Commission and running for President of the European Commission.

Also surprising, GroenLinks (GreenLeft) got 14.2% of the vote and came in second according to a separate report. The VVD (Liberals) came in third in Rotterdam with 13.7% while the progressive democrats D66 ended up with 9%. 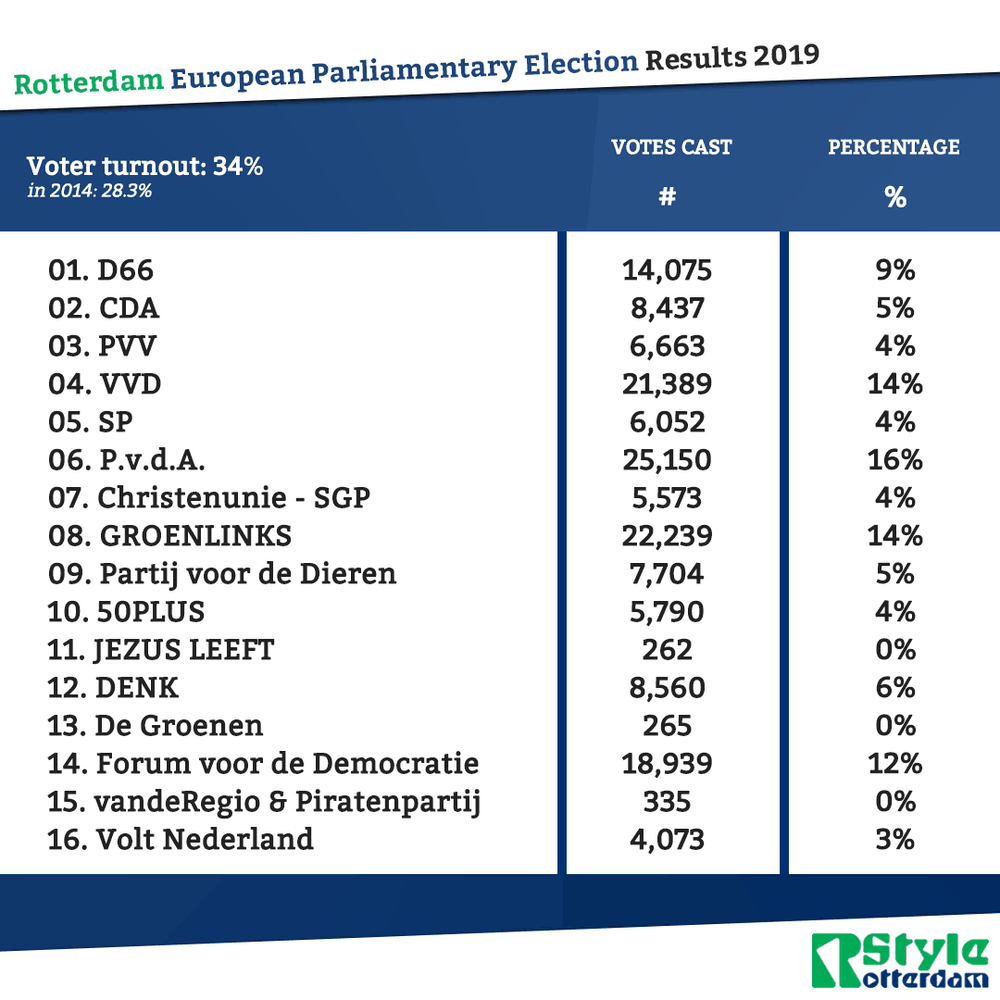 Anti-EU parties FvD (Thierry Baudet) 12% and PVV 4.3% (Geert Wilders) scored 12% and 4.3% respectively. A week before the elections, Baudet got in hot water for writing an essay stating that some of Europe's problems were due to women joining the workforce. "An inevitable result of all this is the demographic decline of Europe. Another outcome is constant con­flict, constant competition—and in the end, fighting, divorce, and social isolation—and a new generation of boys and girls growing up in such disfigured settings." In the same essay, he also took aim at abortion rights and euthanasia as causes.

The Netherlands has a total of 26 seats in the European parliament. These are the parties representing the Netherlands in Europe for the next five years.

Geert Wilders' PVV, took heavy losses (from 4 seats to 0) and will not be returning to Europe. The same can be said for the Socialist Party (SP) who lost 2 seats and will now have to sit on the sidelines.