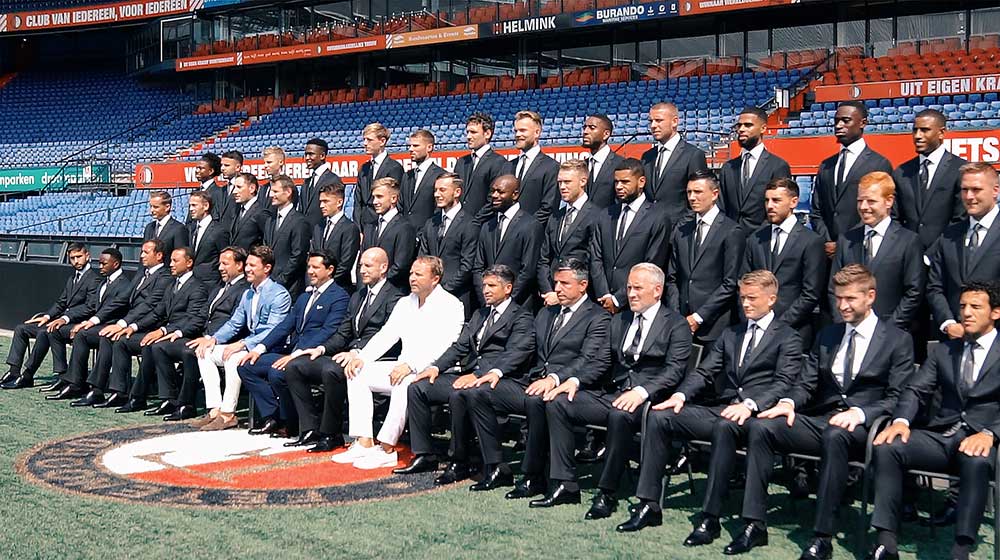 OGER is a luxury fashion brand for men founded in 1989 by the brothers Rob, Martin and Oger Lusink with shops in Amsterdam, Rotterdam, The Hague, Haarlem and Antwerp. It is the twelfth year that the clothing company has given the Rotterdam club a new look via their OCFS corporate fashion label.

While the emphasis last season was on 'casual chic,' this year's suits are 'fashion and design.' OCFS Managing Director Patrick Lusink: "The new season starts. After years of an informal and sporty club outfit, it became time again for a super sleek, more serious style."

'Our relationship goes beyond purely business.'

According to OGER, one of the main reasons why this relationship has endured is the fact that almost every year, Esquire declares Feyenoord to be the best-dressed team off the pitch. Patrick Lusink on the collaboration between Feyenoord and OCFS: "we are proud of the close relationship we have with Feyenoord. This goes further than just business. We love Rotterdam and are committed to Feyenoord and its city. Feyenoord's players and staff are very familiar with our store in Rotterdam." 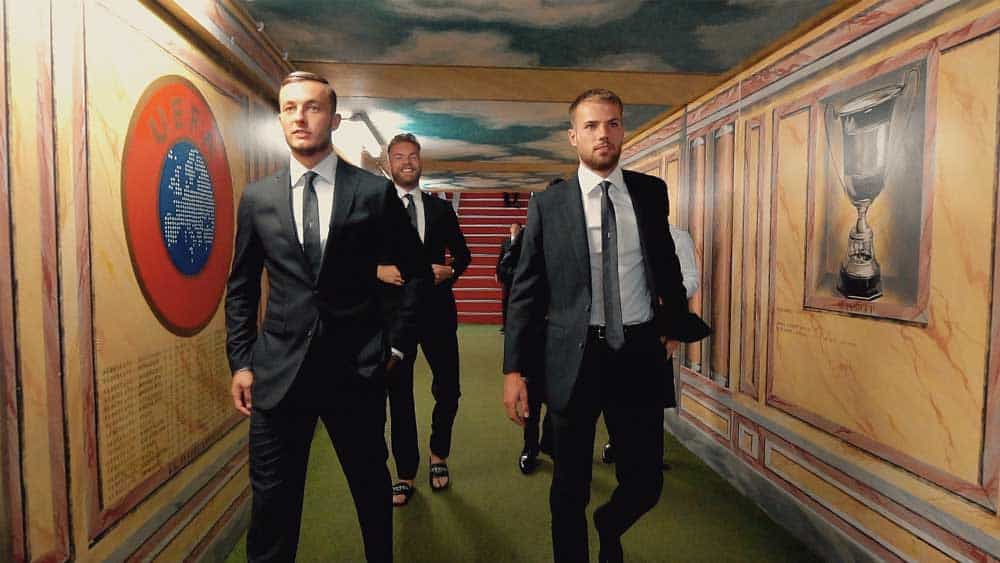 "Oger's management is closely involved in every new Feyenoord creation. Martijn Lusink still makes the design personally", says Patrick Lusink. "After that, the entire clothing package is personally measured by our custom-made specialists and made to measure for each player. For the 2019/2020 season, we were inspired by the young Parisian designer style with narrow lapel, tie and a small collar, also called "The French style".

The tailor-made suit is dark grey and made of a stretch material which makes it extra comfortable. Grey is the trend colour for the autumn and completes the young design." The message the suit had to convey was "no words, but deeds, a real power suit", according to Martijn Lusink. "The tailor-made suit is combined with a white cotton shirt. The design of the tie is derived from the Feyenoord competition shirt. This means that there is a reflection right through the middle of the tie, only in two shades of grey. The Feyenoord logo is subtly woven on the tie in light grey."

In the field of clothing production, OCFS wants to meet its social responsibility. Operations Manager Robert Spijkers Suwarni: "We are aware that we only have one Earth to deal with responsibly. That's why we take a critical look at our suppliers. More and more producers work with ecologically sound raw materials. In addition, we try to keep the journey between production and final destination short, so that we don't have to transport unnecessarily much from far away."
OCFS has also joined forces with the Feyenoord Foundation, which does everything it can to get the youth of Rotterdam moving. Sander Lusink: "The winners of last season's Feyenoord Street League were invited to attend the presentation of the suits. Each child was given a signed ball and there was an opportunity to meet the players briefly."