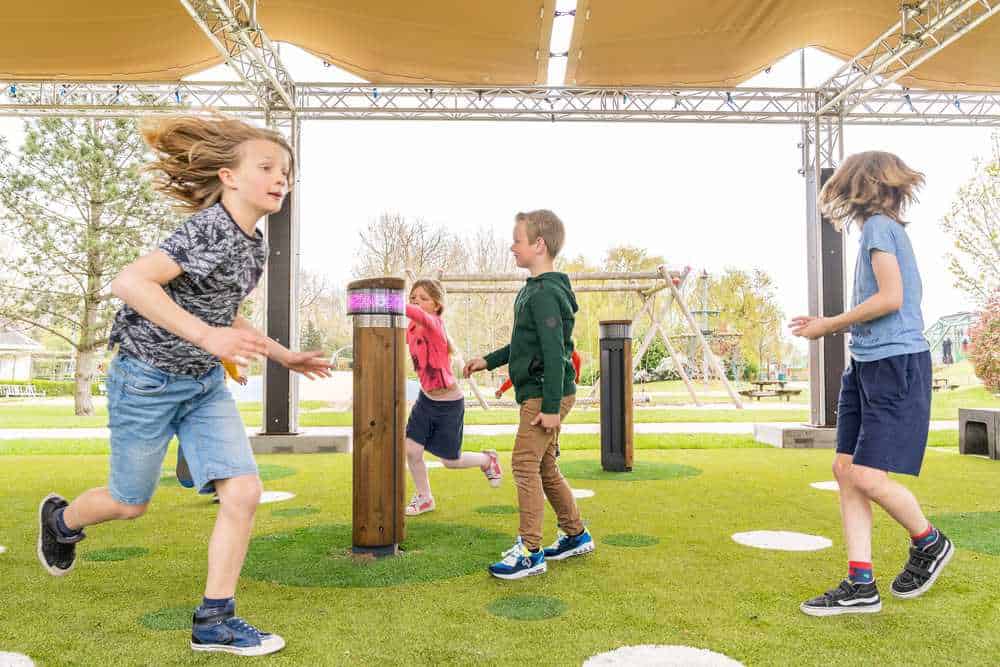 Plaswijckpark Rotterdam introduces new interactive games 📷 Laure van Rooij
Interactive games replace the burnt-down theatre at Plaswijckpark in Rotterdam. Generous donations of over €200,000 made the purchase possible at short notice.
The entire city of Rotterdam was devastated when the theatre of the popular Plaswijckpark went up in flames on 27 January. When it turned out that the fire had been set, the people of Rotterdam did what they do best: they rolled up their sleeves and together raised enough funds to realize a quick renovation. This resulted in numerous heart-warming initiatives and an eventual donation of over €200,000. Four months after the notorious fire, the play park is preparing to reopen with a brand-new feature on the spot where the theatre used to be. From now on, children will be able to play to their heart's content on this spot with interactive play equipment such as a football wall, a dance system and educational game pillars.

The devastating fire took place only four months ago and Plaswijckpark is already back with both feet on the ground. Partly due to the generous donations and unprecedented support from outside, the park managed to recover very quickly. This has ensured that the site of the old theatre no longer needs to be vacant: three new interactive games have been installed, which are a true play delight for young and old. After all, the playground equipment Sona, Memo and Sutu physically challenge everyone in different ways and stimulate children to play together. With the Sona, for instance, it is impossible not to move. The Sutu is an updated version of the old wall and its 16 luminous surfaces invite children to kick a ball about. Finally, the seven game pillars on the round playing floor of the educational Memo motivate children to run, to count and to cooperate while playing.
The interactive games temporarily replace the burnt down theatre. The board of Plaswijckpark is still discussing a permanent, covered interpretation.  Apart from the play equipment, the popular blue blocks have also been bought again and are back in Plaswijckpark. 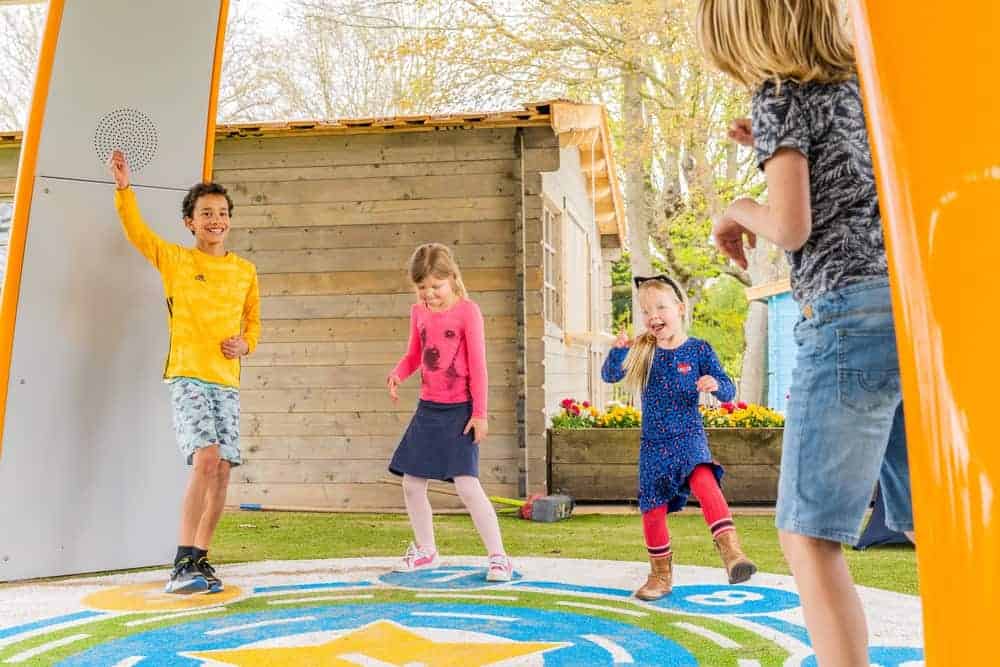 Plaswijckpark is a play park for young and old and was founded in 1923. The Rotterdam park aims to be a true play paradise for children; from romping around all day, playing with ropes, splashing in the water, riding bikes or racing around on go-karts to quiet walks through the green trails and building dams in the adventure stream. In addition, the park offers a real zoo where the children can get acquainted with many animal species. Plaswijckpark is situated at the Bergse Achterplas, between the districts Schiebroek and Hillegersberg.