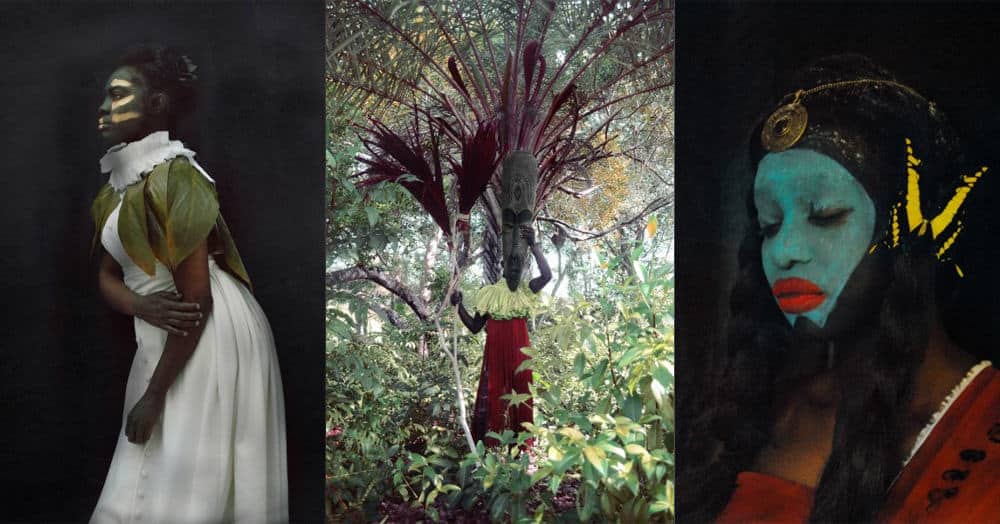 With the series 'Ghost Island', Lisandro deconstructs the orthodoxies of people from the African Diaspora by rediscovering a forgotten past. The title stands for his own insular background on his native island of St Martin and at the same time refers to the complex West Indian web of overlapping histories, collective identity, intermingling of cultures in the Black Atlantic and the persistence of intangible elements from the past. Ghost Island' is Lisandro's investigation and discovery of his own identity, but also the collective identity of his ancestors.

Although he grew up in the Caribbean, Lisandro never had the chance to investigate his own history. All he learned at school was that his story began with Columbus and slavery. Although the story of the diaspora is rooted in the transatlantic slave trade, the true history is much more complex than a narrative of colonialism. Many stories of and about the diasporic past have escaped documentation and remain stuck in familiar examples of violence and oppression. Ghost Island' is for those people who want to look beyond the question of who they really are.

As a child, Lisandro Suriel regularly withdrew into imaginary and wondrous worlds inspired by his surroundings. To this day, fantasy worlds form a common thread in his work. Lisandro is a photographer and artistic researcher, born and raised on Sint Maarten. He received a Bachelor's degree in photography from the Royal Academy of Art in The Hague and a Master's degree in Artistic Research from the University of Amsterdam. As part of his master's thesis, he analysed twentieth-century illustrations of Caribbean mythology in relation to cultural aphasia. This research forms the basis of his ongoing artistic project 'Ghost Island'. This year, Lisandro was elected FOAM Talent 2021 and was selected for the prestigious Photo Vogue Festival 2021.

Chrysalid Gallery in Rotterdam is a non-profit art foundation that focuses on diversifying art, or how art is created, produced, distributed and consumed. The gallery was founded in 2016 by Alexey Shifman under the name Raw Streetphoto Gallery. In order to provide a sharper focus on conceptual and radical art, the gallery changed its name to Chrysalid Gallery in early 2020. The gallery represents young and daring artists from all over Europe and gives them the space to experiment and grow.