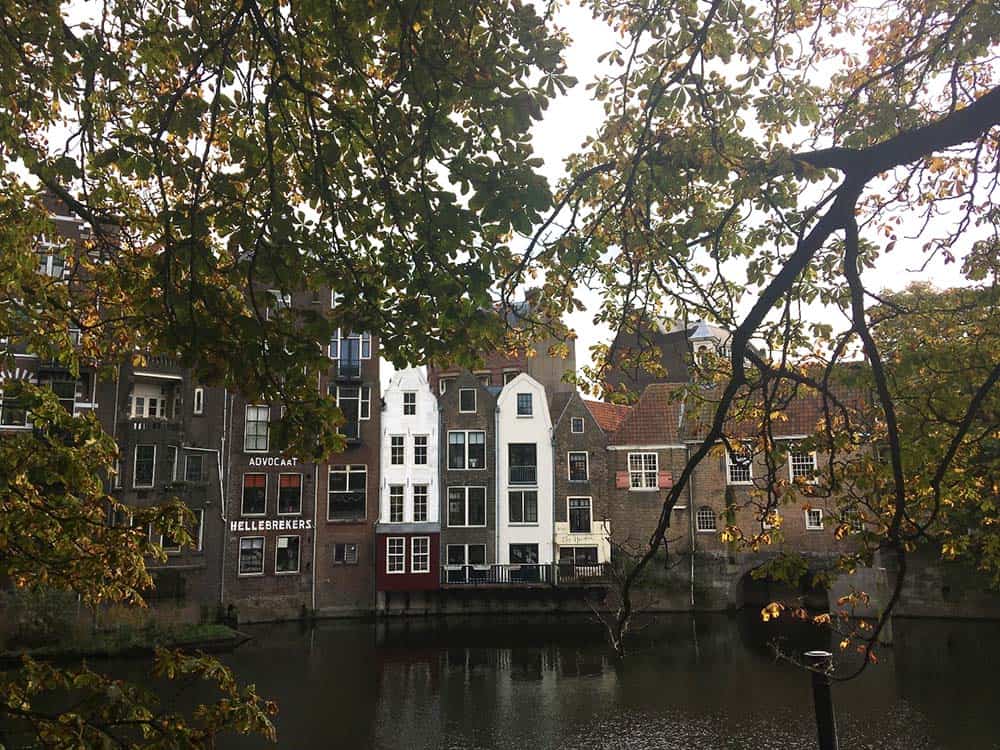 Entrance view of Albrechtskolk 📷 Anna Soetens
Don't be fooled by the fancy modern architecture and by catchy nicknames like "Manhattan on the Meuse." Rotterdam has an old and stunningly beautiful part of town. Only it is not in the city centre as you might expect - for grim reasons.

When in Rotterdam you never ask about the old part of town. Especially not if you are German. Rotterdam’s city centre was nearly levelled in May 1940, killing almost 900 people and making 85,000 homeless in the German bombing of Rotterdam also known as the Rotterdam Blitz. After hardly any buildings were left in the historic centre and most of the canals were filled with rubble from the demolished houses, the city started to reinvent itself.
The city inhabitants filled up the remaining canals with rubble too and built their metropolis on the resulting plain. The phoenix-like rise from the ashes gave way to more creativity and exciting architecture than visible in many other cities in the Netherlands. 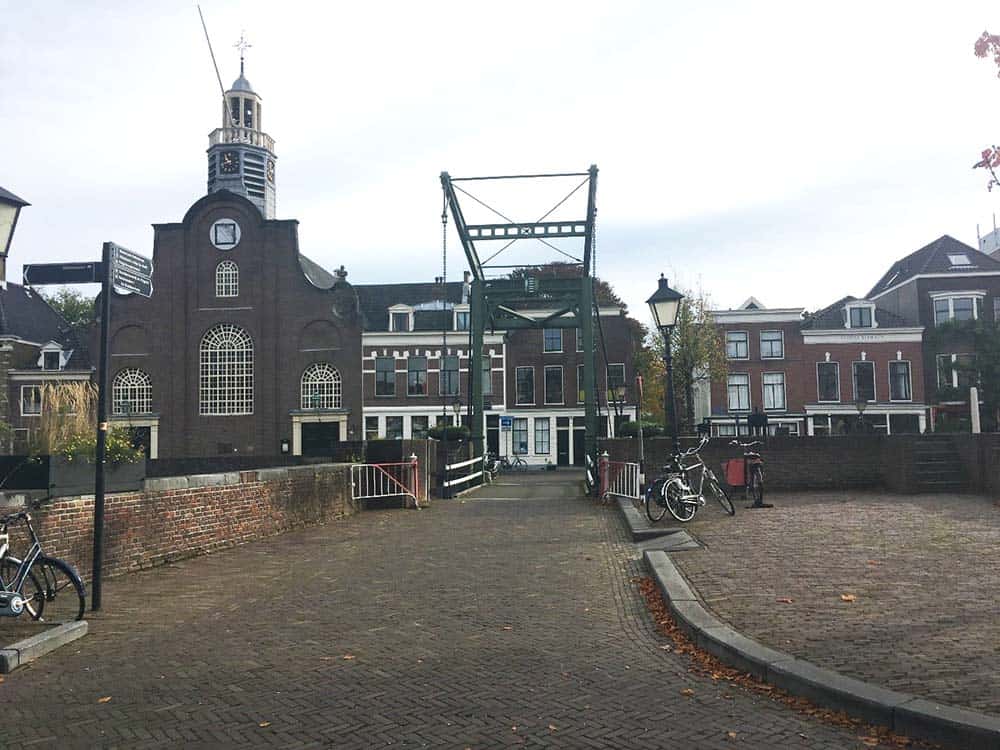 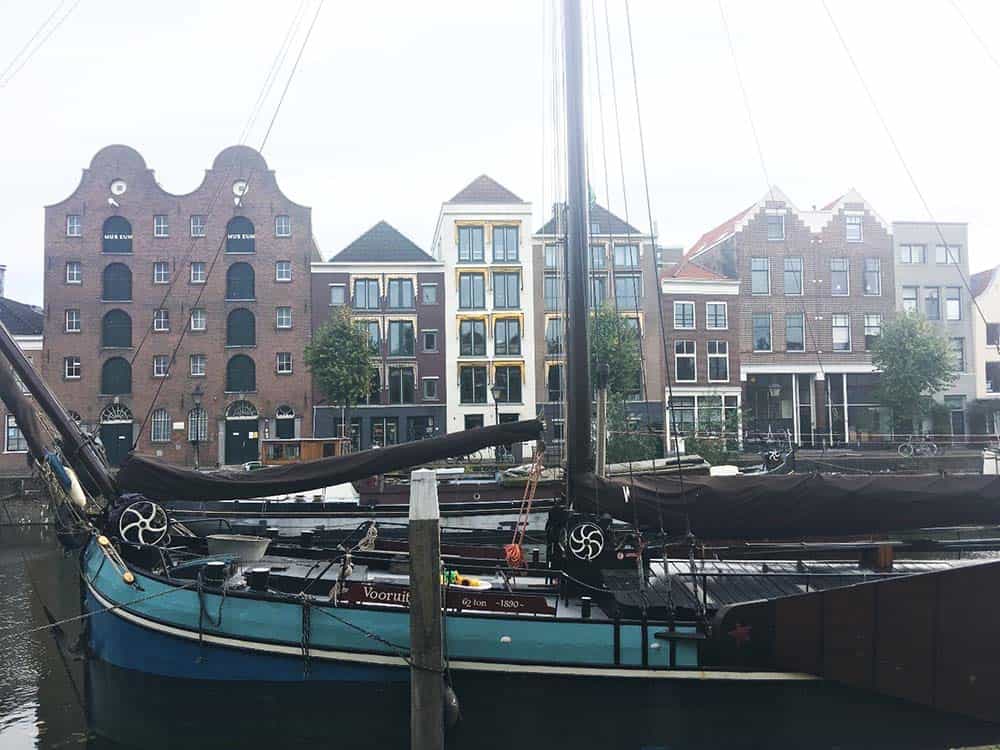 However, should you still wonder about what the old historic centre might have looked like, there is one street that has survived the attacks and gives a good impression. It’s in Delfshaven. You can get there by Metro or tram from the central station, and of course, you can just bike there. The street you want to start on is Albrechtskolk, later turning into Voorhaven. 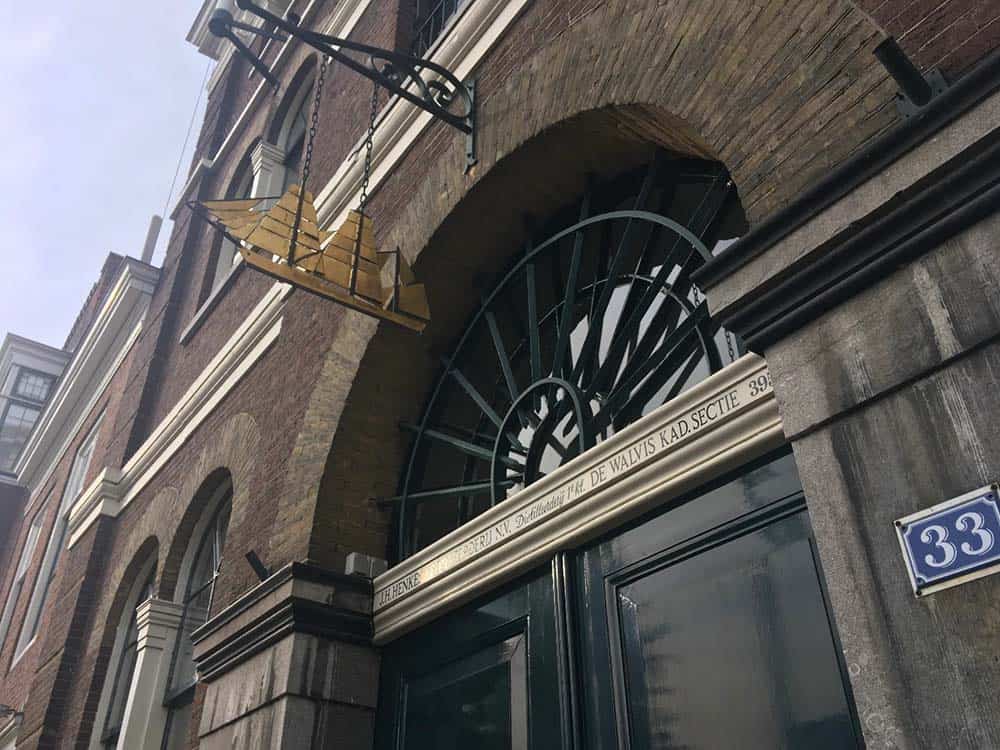 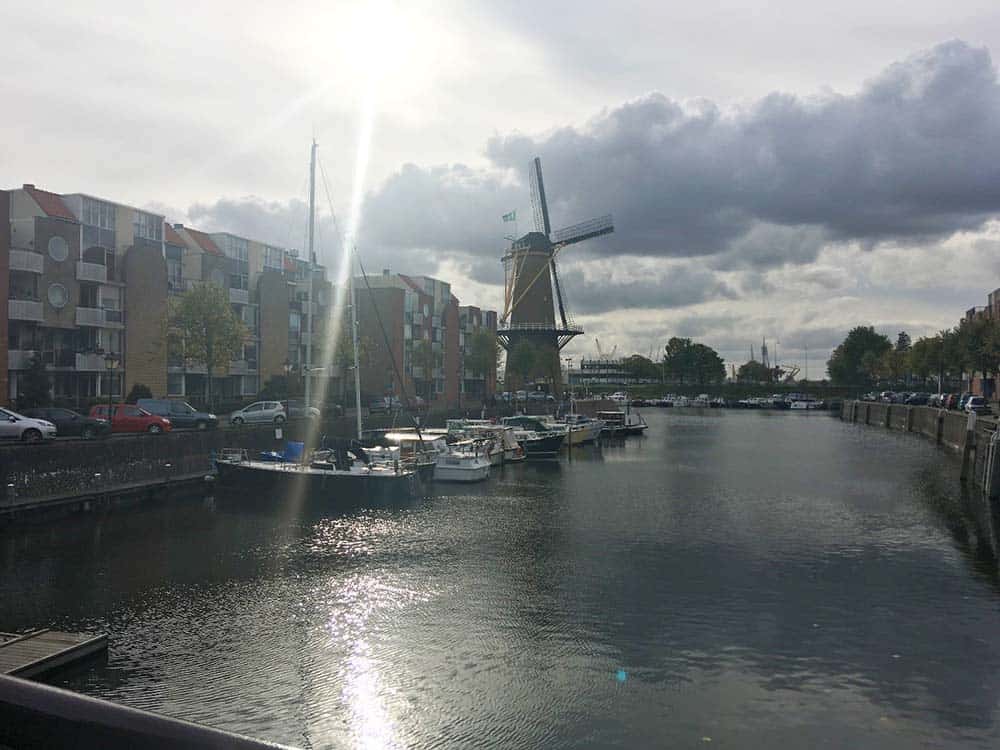 Windmill at the end of Delfshaven 📷 Anna Soetens

The entrance is framed by somewhat Shakespearean looking houses, seemingly a lot taller and tougher on the canal side than on the street side and the street is still paved with old cobblestones. There are also old bridges left, a windmill and a pilgrim’s church that all go way back. There are small shops and galleries, a few pubs, a brewery, restaurants and cafés. 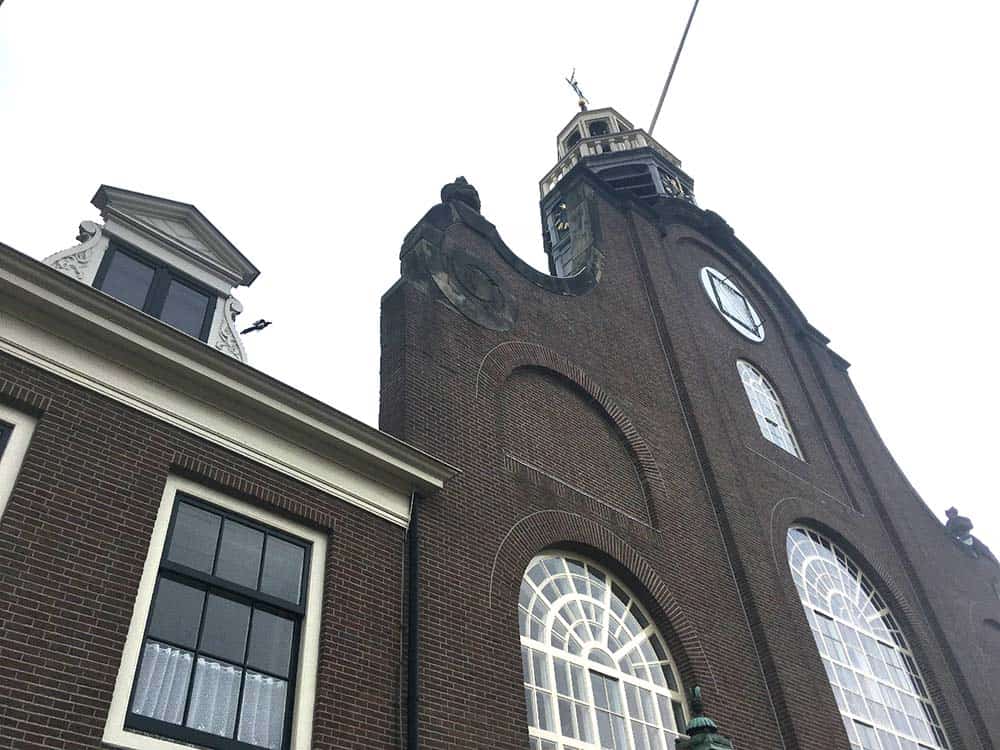 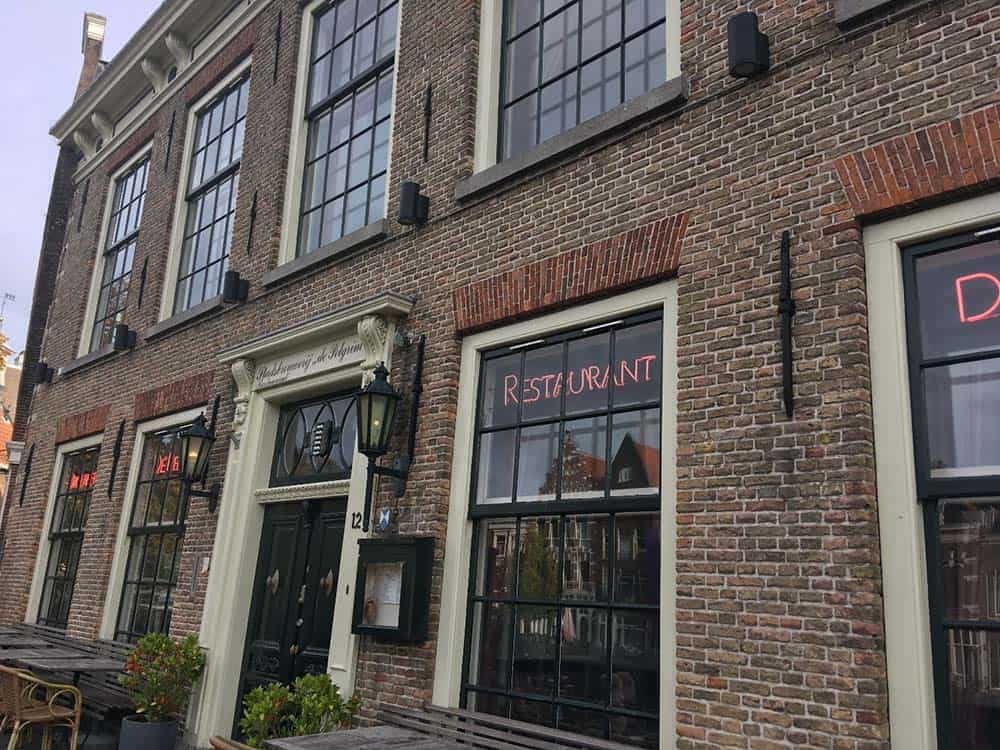 It is worth a visit just for the impression it gives you, but there are certainly a few places that will help lengthen your stay if you’re in it for a half-day trip. Get a tour at the windmill, sample the brews from the brewery in their adjunct bar, have a look at the Pelgrimsvaderskerk (Pilgrims Fathers Church) and its cute carillon tower, see De Delft – a replica of an 18th-century warship - lying among the other ships in the canal. And finish by a fancy meal paired with wine at ‘t Ouwe Bruggetje or a coffee and cake at Bij Loes. But most off all, get some inspiration. And take some time to explore the nearby streets, some of which are also (partly) ancient. Side street leading behind the church view 📷 Anna Soetens

If you are looking for more official and historic houses that have survived the war or have been rebuilt, visit the Sint-Laurenskerk in the city centre, the Schielandshuis Museum, the Wereld Museum Rotterdam or Rotterdam’s City Hall (also with an impressive carillon tower). 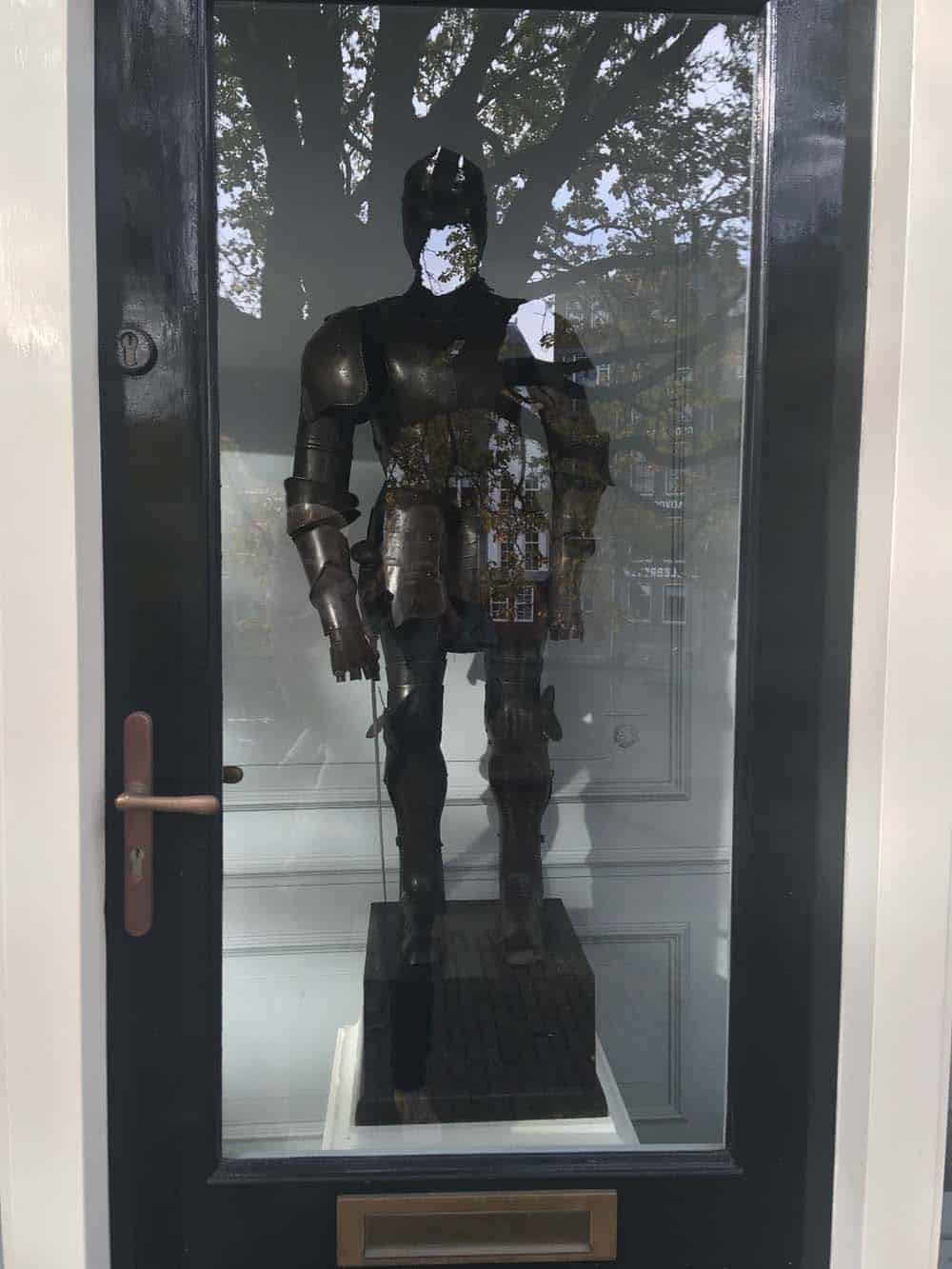 Knight's armour in the shop window of an antiquarian 📷 Anna Soetens