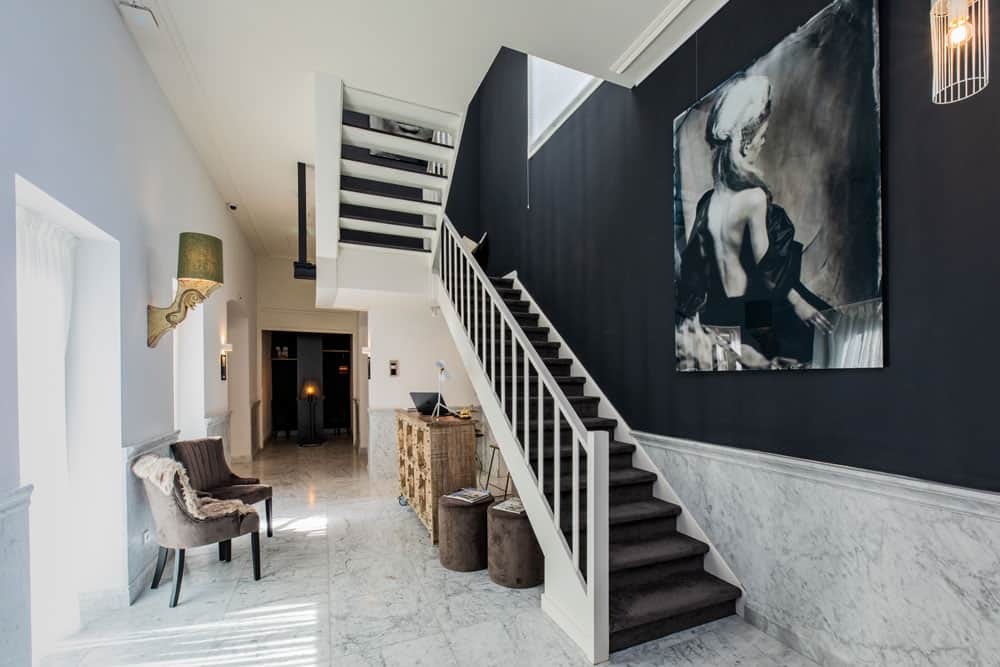 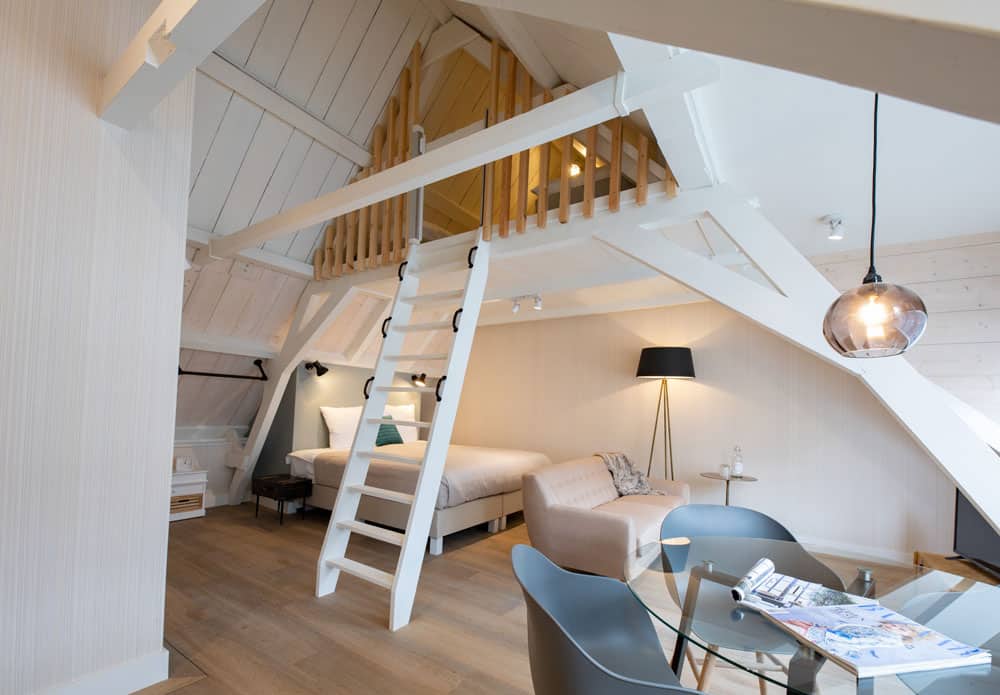 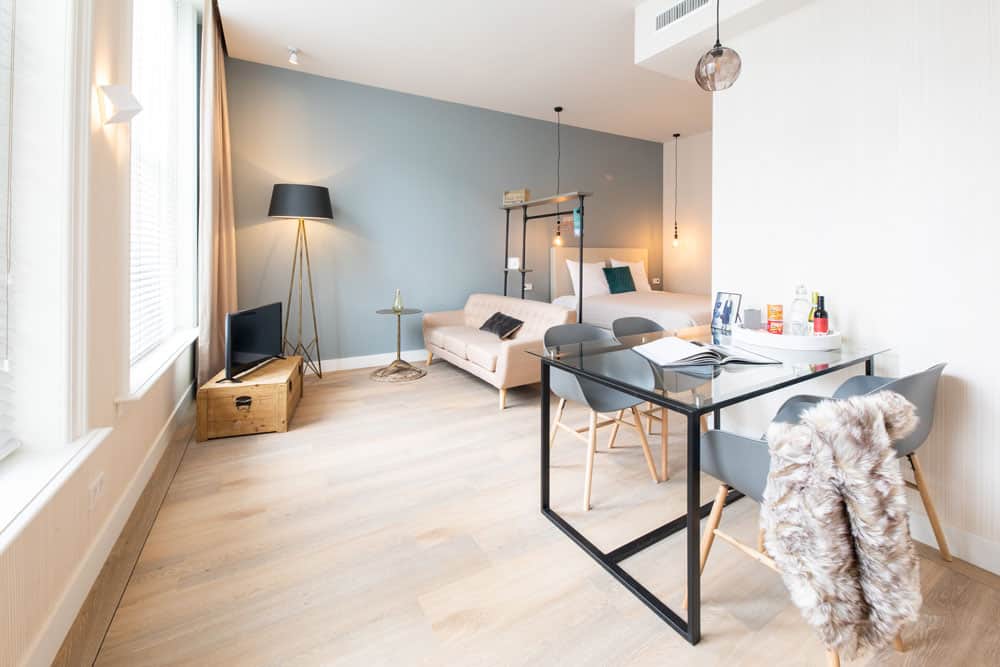 Stadsvilla Mout - boutique hotel in Schiedam
For guests staying longer, a washing machine and a dryer are also available. The hotel supplies fresh local products every day with which guests can prepare their own breakfasts. 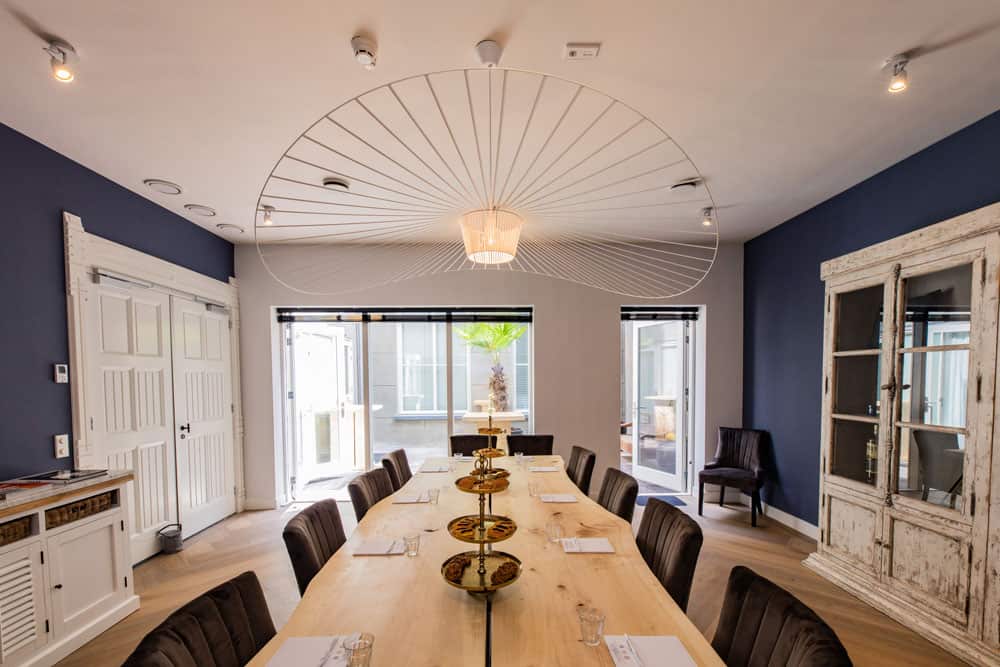 Stadsvilla Mout is housed in a national monument from 1750. The building features a marble hall, high ceilings complete with original details. The building has an extensive history. In the 18th century, it served as the residence of the patrician family Van Pelt. Later, the Volksbond, a Roman-Catholic charitable organisation moved into the building. During WOI, Belgian refugees came here to cook and eat. In the seventies, the building was home to Arcade; a famous nightclub. At a certain point, the building became abandoned.
(P.S. did you know the Hilton hotel in Rotterdam is also a national monument?) 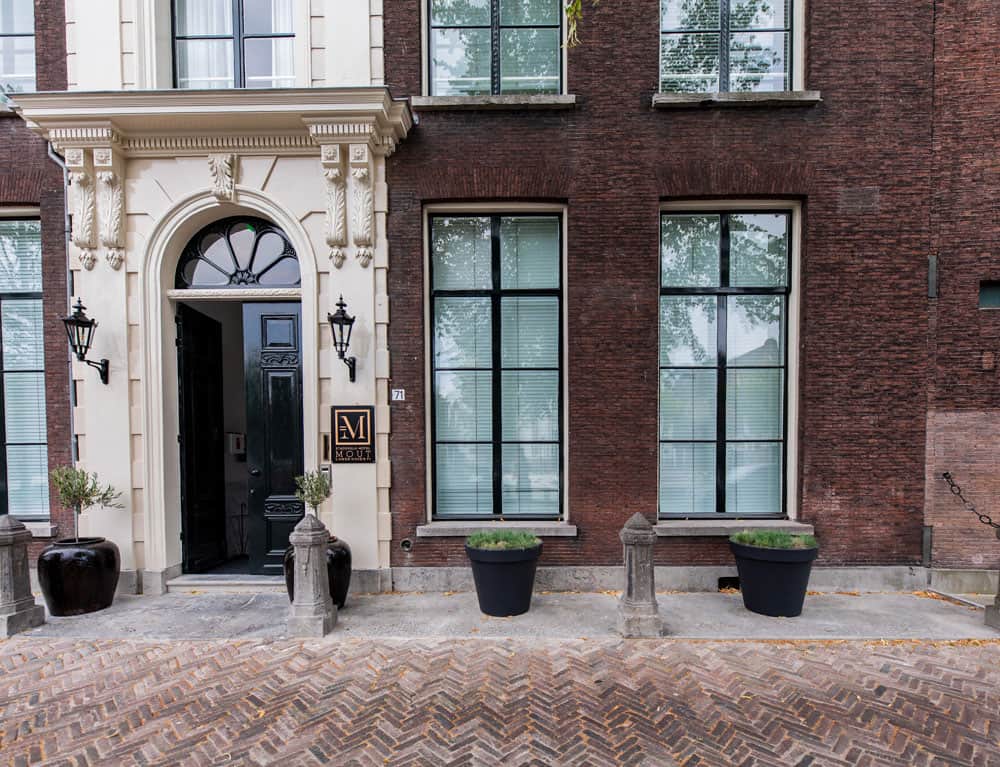 A tribute to Schiedam

Schiedam is a great source of inspiration for the hotel. First of all, the name, 'Mout,' is inspired by the grain (malt) that is the basis for gin (jenever), a flourishing industry in the city. In fact, when in Schiedam you will find warehouses, distilleries, grain mills, waterways as well as the grain exchange. In addition, each room is named after a well-known product or company in Schiedam such as Bonte Koe (chocolate), Nolet (distillery), Molen de Walvisch (museum) and Huisman (ship installations).

The hotel is part of the Fine hotels and suites chain, which includes Stadsvilla Hotel Mozaic in The Hague and Casa Julia in Delft. All of them are hotels with a monumental and authentic character.
Stadsvilla Mout was founded and is run by Corina Waaijer. "I was looking for a location near Rotterdam and ran into this beautiful, but unfortunately very dilapidated monument that has stood empty for 20 years. The thorough renovation, with the necessary challenges, lasted three years. My personal motivation is to transform historic buildings into special places where guests can enjoy and where they feel at home" says Corina Waaijer.

The hotel is located along the Lange Haven, Schiedam's most beautiful canal and home to numerous historic buildings.
Address: Lange Haven 71 in Schiedam.
Website: http://stadsvillamout.nl