Stadshaven brewery opens its doors in Rotterdam on 1 July 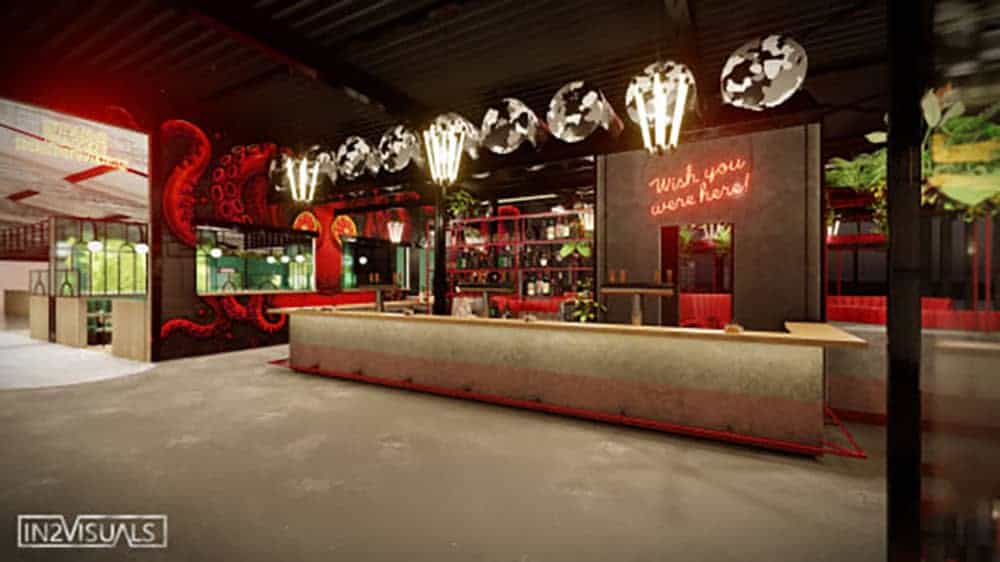 Stadshaven Brewery opens on 1 july 2021
Preparing for July 1st, Stadhaven's master brewers put the finishing touches to contemporary, tough craft beer lines: 'Fearless Fruit' and 'Fearless Crew'.
On Thursday 1 July the Stadshaven Brouwerij will open its doors to the public after two years of intensive renovation. The warehouse where fruit used to be stored has now made way for an ultramodern brewery where, with a nod to the past, contemporary craft beer is brewed with a hint of fruit. The 'Fearless Fruit' and 'Fearless Crew' beers have been filled in cans, bottles and kegs over the past few weeks and can now be enjoyed at the brewery, other hotels, restaurants and liquor stores throughout the Netherlands and in the Stadshaven Brouwerij shop.

From the opening, there will also be guided tours through the brewery, after which guests can taste the beers at a tap table or order a matching dish in the trendy catering area. The brewery is directly connected to the Stadshaven Brouwerij Gastropub, which, as soon as the weather conditions allow, will have room for 350 guests inside. The Gastropub is divided into five different areas, the design of which is inspired by the beers. The meat, fish and vegan dishes on the menu are prepared on one of the barbecues, smokers or stone ovens. The Stadshaven Brouwerij focuses on accessible and innovative beer and food (fruit) combinations, based on honest and sustainable (local) products. The spacious 750 m² quayside terrace, which will be fully completed as of 1 August, will be able to seat another 300 people. The Stadshaven Brouwerij is located on the Galileistraat 24 in Rotterdam and is open for the time being every Thursday to Sunday from 12.00 to 23.00 hours. Tours and tables can now be reserved via www.stadshavenbrouwerij.nl.

All fearless adventures of the Stadshaven Brouwerij are reflected in the beers and in the design of the catering area. As soon as one enters the brewery, for example, one notices the metres-long mural of an octopus inspired by one of the three beers in the Fearless Fruit range: Kraken Blond. The Kraken is a large sea monster, born from sailor's tales. The Stadshaven Brouwerij has named its soft fruity blonde beer after this myth and this is reflected in the space at the entrance, also called 'The Kraken Pub'. At the bar, one can taste the brews that are brewed a few metres away. In another room, guests can tap the beers themselves at the self-service tapping tables. In addition to the Fearless Fruit range (Kraken Blond, Great White and Piranha Tripel), the Stadshaven Brouwerij brews three classic beers (Ur Pilsner, IPA and Tripel) under the name Fearless Crew beers. For Dutch standards, this has become a 'unique' setting: a large brewery where leading craft beers are brewed with its own catering establishment accessible to visitors.

In the Rotterdam Makers District, an unparalleled craft beer brewery is taking shape at the Merwehaven: the Stadshaven Brouwerij. In a 100 year old, fully restored fruit warehouse of more than 5,000 m2, 20,000 hectolitres (2 million litres) of craft beer will be brewed and bottled, canned and cask conditioned. The brewery is open to the public. Tours and beer tastings are organised. Stadshaven Brouwerij's trendy waterfront gastrobar concept is located in the same characteristic building, where you can enjoy an extensive menu in a cosy atmosphere with a view of the brewing kettles. Stadshaven Brouwerij's initiator is Harm van Deuren, who has gathered around him a committed group of beer lovers and experts with decades of experience in various catering and beer concepts. More than 10 million euros have been invested to make the Stadshaven Brouwerij a reality.