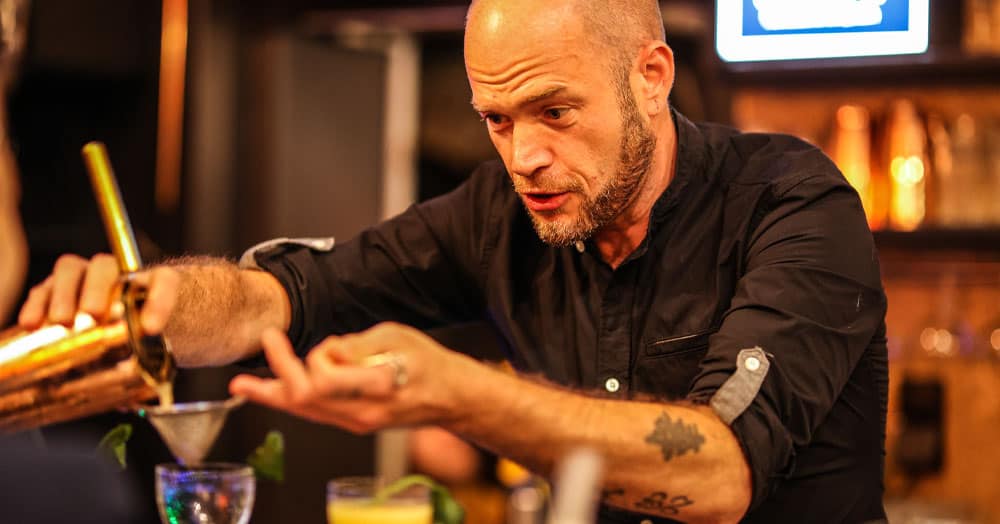 Ten participants competed for the coveted title on Monday 21 September. They were selected from over thirty applications. To participate, they had to share their signature cocktail on Instagram. The final was organized in cocktail bar 1714 in Schiedam, the gin capital of the Netherlands.
The following participants took a shot at the title by shaking and presenting their most special Bobby's cocktail on the spot:
• Ziggy Zygimantas Valiulis of Vandal Rotterdam
• Laura Klimaite from Flying Dutchmen Cocktails in Amsterdam
• Oliver Youngman of Mr Mofongo in Groningen
• Tamas Palanovics from Leonardo Royal Hotel in Amsterdam
• Alex Danger from Mavis in Rotterdam
• Cecile of Flying Dutchmen Cocktails in Amsterdam
• Manolis Anastasiou of The Stockroom in Groningen
• Owen Smith of The Gyros Club in The Hague
• Wouter Saarloos of 1714 in Schiedam
• Bobby Patik of The Five Points Bar in The Hague

And the winner is...

The competition was won by Alex Danger, bartender at Mavis in Rotterdam. The bartender won with his Bobby's Sly Grin: a sour cocktail with Bobby's Gin, lemon, egg yolk, prosecco, cucumber water and salt and pepper. The three-man professional jury consisted of Erik Beeftink (winner of the national and international competition 2019), Ad van der Lee (master distiller by Herman Jansen) and Timo Jansen (renowned bartender, also known from cocktail bar Flying Dutchmen). Consideration was given to originality, presentation, taste balance and the story behind the cocktail. The jury found Alex Danger to be the right winner because of his strong presentation with a good story. In addition, his cocktail has the perfect taste balance, according to the jury. 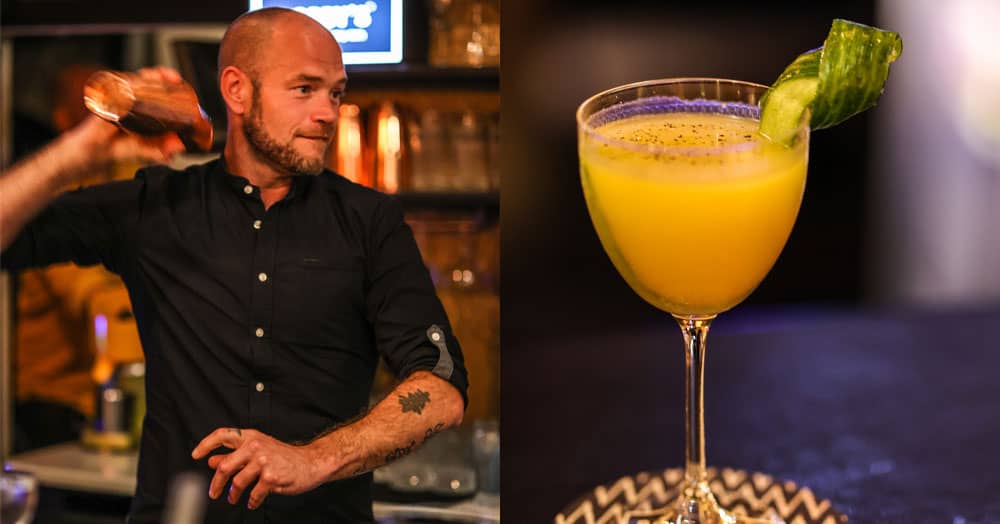 Alex Danger did not go home empty-handed. He won - besides eternal fame - a qualification ticket for the international finals of Bobby's Cocktail Competition. In January, the best bartenders from all over Europe compete against each other. The lucky winner of the international competition will receive a ticket for the bar & spirits trade fair Bar Convent Berlin in Germany. Here he or she can present the winning cocktail to the entire cocktail industry and take part in a special guest shift at one of Berlin's leading cocktail bars; a unique opportunity to meet all global importers. In addition, the winner will be the guest of honour during the Bobby's Family Dinner.

"I really didn't expect to win and of course I'm super happy," says Alex Danger (@dangerousdrinks on Instagram). "But frankly, I'm also quite nervous. It's not nothing, that I'm allowed to represent the Netherlands in the international competition. I find it very exciting, but I'm also really looking forward to it!
Alex Danger's cocktail was inspired by one of the rules of the competition: the participants were only allowed to use ingredients (besides Bobby's Gin or Jenever) that are available in the supermarket. "I've liked shopping since I was a little boy and for this competition I was able to get creative with it. This rule ensures that everyone can make my cocktail at home and I really like that".
His cocktail Bobby's Sly Grin owes its name to Alex's fiancée. "She tastes all my creations at home and when she took a sip of this cocktail, she immediately got a mysterious grin on her face.

Bobby's Dry Gin is a high-end Schiedam's gin brand that was founded in 2014 by Sebastiaan van Bokkel. With his gin he keeps alive the family recipe that his Malukan grandfather Jacobus 'Bobby' Alfons once developed. Bobby's Dry Gin is a combination of eight Indonesian herbs and spices, such as cloves, lemongrass, cinnamon and coriander seeds, all distilled separately. Bobby's Dry Gin is distilled by Herman Jansen, the leading distillery in the world's gin capital, Schiedam. Bobby's is now sold in 46 countries.