The explorer's guide to Coolsingel Rotterdam 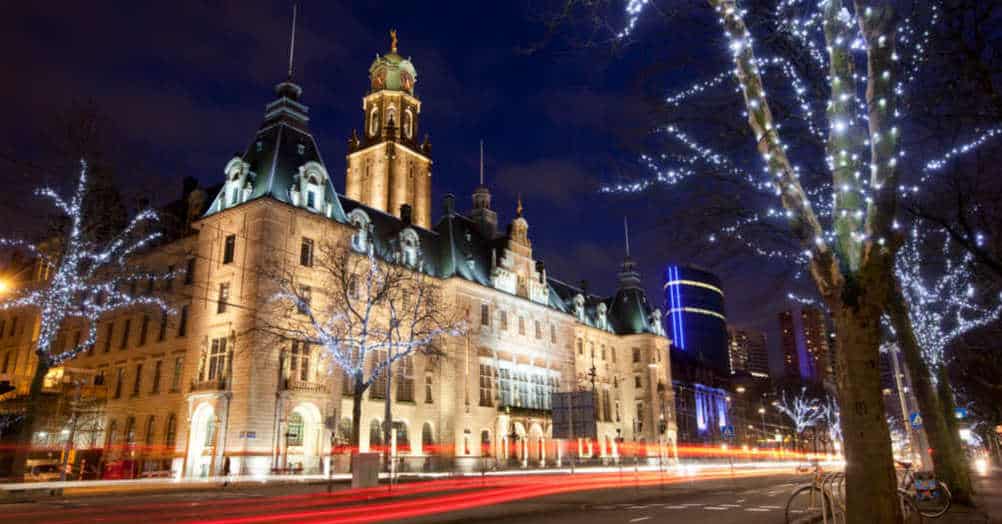 The Coolsingel is one of the most famous streets in all of Rotterdam. On this boulevard, you will find shops, restaurants as well as important buildings and monuments such as the Hilton, Stadhuis and the old post office.

If you’re visiting Rotterdam, the Coolsingel boulevard is definitely worth a visit. The multi-lane street stretches for about 900 meters and has interesting bars, shops and buildings on both sides. Tip: once you get to the end, simply cross the streets and tram tracks and walk back along the other side.

Things to see & do near Coolsingel 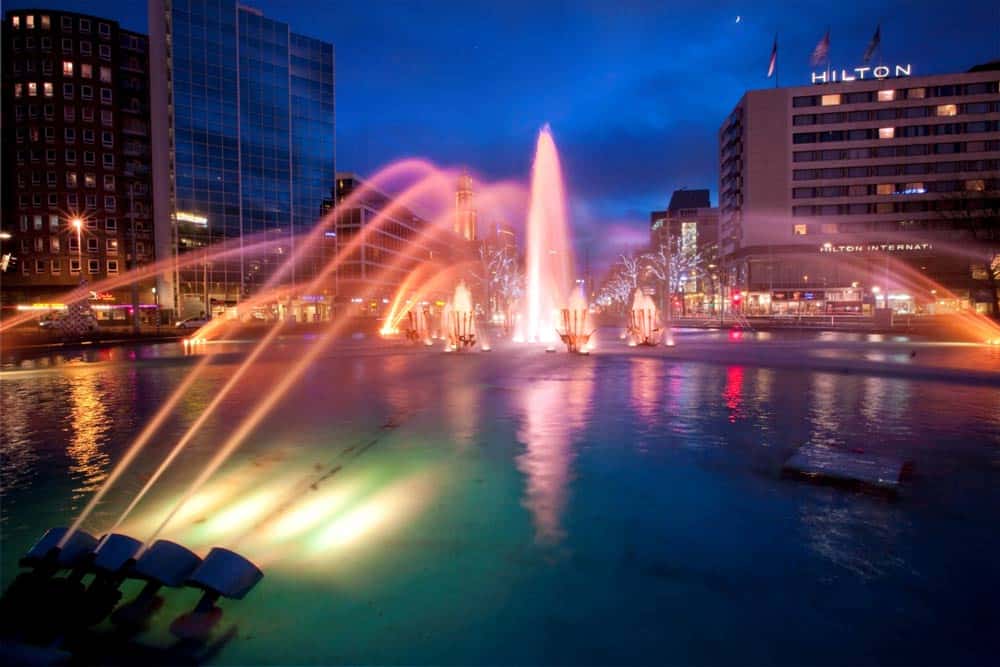 Hofplein is a roundabout where both cars and trams circle around. The center of the roundabout is a grass field with a beautiful fountain, and we all love fountains, don’t we? The Hofplein fountain is often lit up in various colours. If you’re in the city during an important football match, expect to see crazy fans dancing in the fountain. 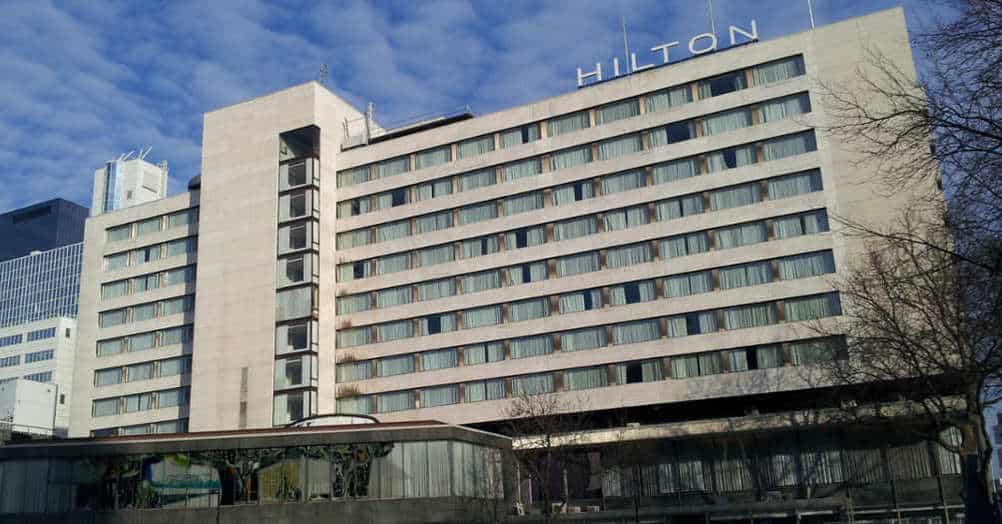 The five-star Hilton hotel in Rotterdam became a national monument in 2016. The hotel opened its doors to the general public in 1963. It was designed by a local architect by the name of Hugh Maaskant (1907-1977). Maaskant is a famous name in Rotterdam. He is also responsible for the Groothandelsgebouw and other large scale buildings. 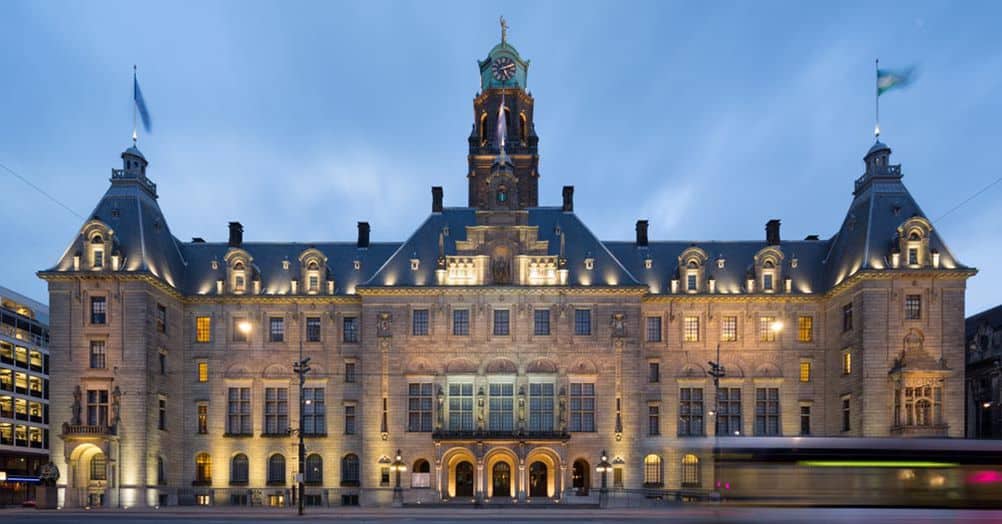 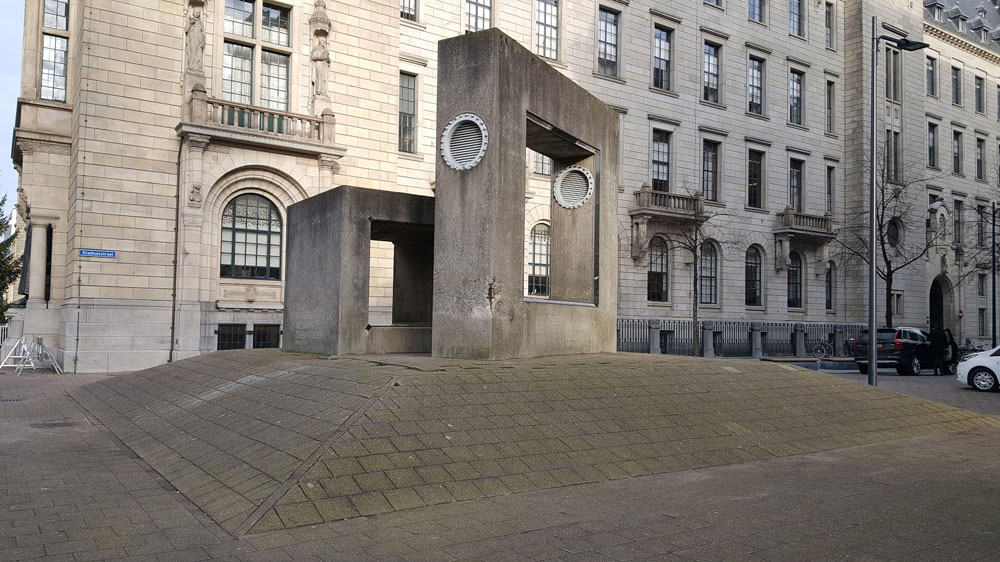 Believe it or not, there's also a Cold War bunker. Few people realise that this ‘bump’ on the road, is actually a bunker. In the late 1970’s, the national telecom provider (PTT) built a series of fall out shelters throughout the Netherlands. The purpose of these shelters was to preserve telecommunications for vital sectors (government, military, hospitals) in case of a crisis or war. These were named NCO’s (nuclear, chemical shelter). The main entrance to the shelter is located inside the old post office. However, the bunker isn’t open to the public and is in fact still used to this day as part of the national emergency network. Hoofdpostkantoor. The old post office in Rotterdam was designed by Gustav Cornelis Bremer and constructed between 1915 and 1923. The post office survived the bombing of 1940 relatively unscathed. In the year 2000, the post office building was declared a national monument. The post office is about to be renovated into a luxury apartment complex along with a five-star hotel, stores and gym. The costs for the renovation are estimated at 17.5 million euros. 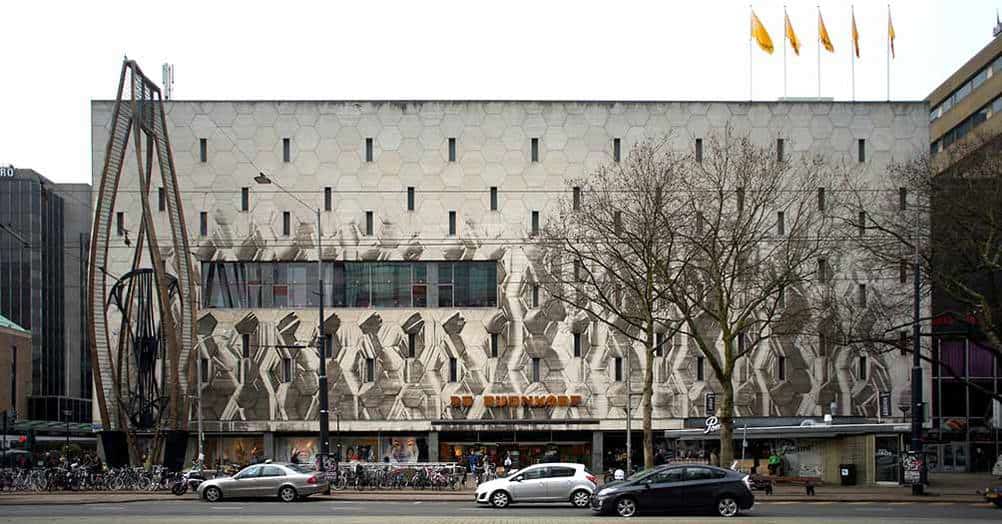 The Bijenkorf is a popular high-end chain of stores which can also be found in Amsterdam, The Hague and Eindhoven. The architect responsible for the design of the Bijenkorf was Hungarian-American architect Marcel Breuer. The Bijenkorf on the Coolsingel officially opened in 1956. 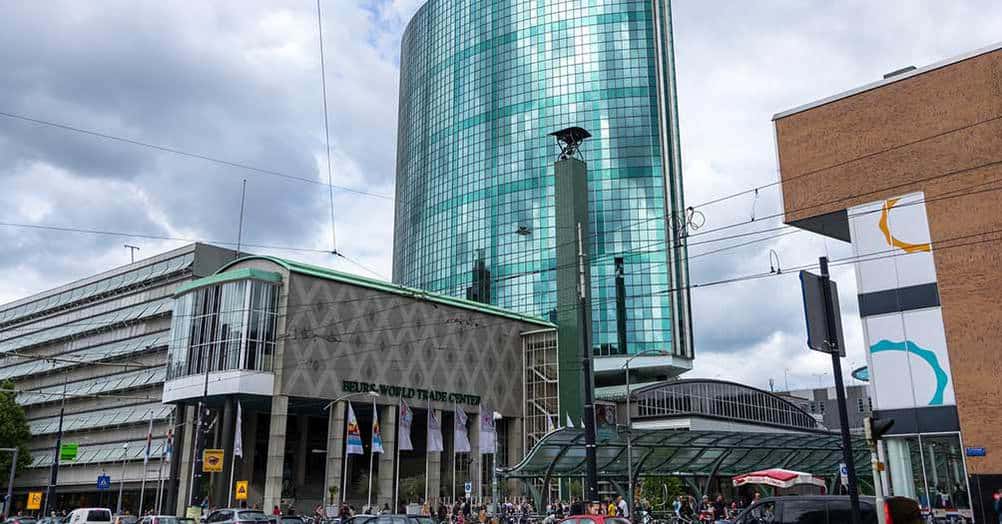 World Trade Center. Another interesting building you will come across while traversing the Coolsingel boulevard is the Beurs-World Trade Center. Its tower is 93 metres tall and houses around 200 offices. The low-rise part of the building was originally built between 1936 and 1940. Later, various elements were added, the most important of which is the blue-green elliptical tower which was completed in 1987.

Public Transportation
There are two major stops on Coolsingel: Stadhuis and Beurs. You can get there by taking the following:

The future of the Coolsingel

The Coolsingel is slated for a major upgrade and will look completely different in 2020. The new design is a throwback to the glory days of the 19th century. The new Coolsingel will allow for less traffic, have a lot more trees and provide more room for pedestrians and bicyclists. The renovations carry a price tag of approximately 60 million euros.

Check out the video below to get an idea of how it will look like once the renovations are complete.